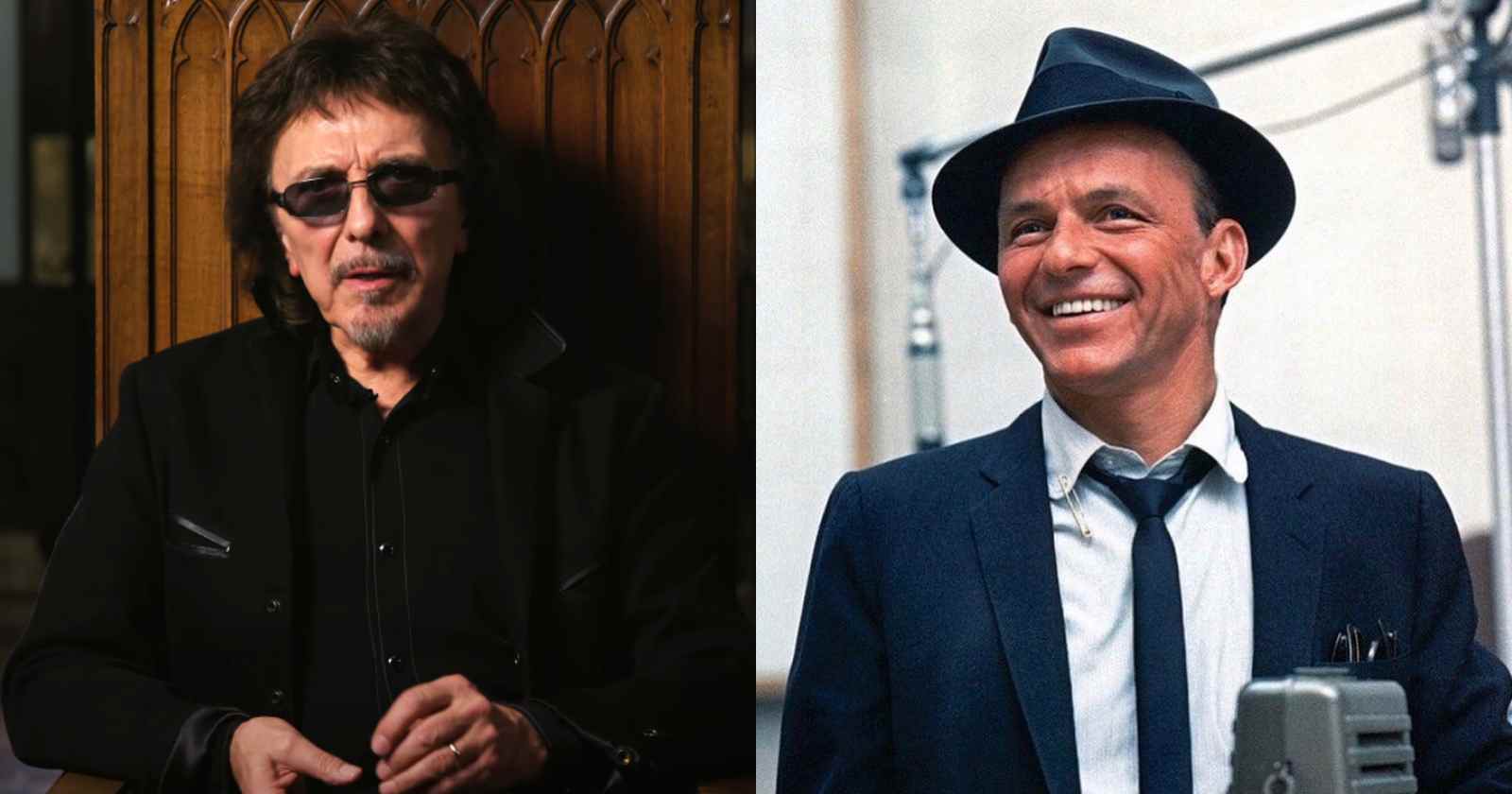 Founding member and guitarist of Black Sabbath, Tony Iommi is one of the creators of Heavy Metal music. His doomy guitar riffs and unique tuning influenced almost all the Metal bands that appeared over the decades. The only original member of the band that was present on all the albums recorded, he became a legend that carried the band through “Heaven & Hell”.

Over the decades the musician the British musician not only talked about Rock and Roll, but he also gave his opinion on other styles. Including two artists that most people wouldn’t link with his music: Frank Sinatra and The Carpenters.

What is Tony Iommi’s opinion on The Carpenters and Frank Sinatra:

In an interview with BBC Radio WM show “The Other Side Of…” back in 2018 (Transcribed by Rock and Roll Garage), Iommi explained that he doesn’t like to listen to Heavy Metal or Hard Rock music at home. The musician said that he prefers to relax listening to other music genres when he is relaxing. Curiously, two artists that he likes to listen are Frank Sinatra and The Carpenters.

The guitarist picked “We’ve Only Just Begun”, first released by The Carpenters as a single in 1970 and then appearing on the album ‘Close To You’, as one of his favorite songs of the duo. He revealed that the track takes him to a very special moment of his life, saying: “The Carpenters, for me always takes me back to when we were touring in the 70s. We used to stay in West Palm Beach a lot to try and get there as much as we could in Florida.”

“I used to play The Carpenters on my tape machine. It always takes me back of that time of being there. I love The Carpenters. It takes me into this zone again. It was nice to relax too, because as I said I can’t hear the stuff I play all the time. I like to hear something totally different,” Tony Iommi said.

The Frank Sinatra song that Tony Iommi said it’s one of his favorites:

During the same conversation with the BBC Radio show “The Other Side Of…” he also revealed that “Summer Wind” is one of his favorite Frank Sinatra songs. Even though he didn’t explained in the interview why he likes the track, Iommi told Birmingham Live back in 2013 that one of his biggest regrets was that he didn’t had the chance to work with Sinatra during his career.

“My regret is that I never had chance to work with Frank Sinatra. But I’ll tell you what – I’d love to record something with Tom Jones. He has a fantastic voice and stage presence, even now,” Tony Iommi said.

In an conversation with NBC back in 2017, Iommi recalled a funny moment of when a fan saw him driving and listening to Sinatra: “I’ll never forget I was driving through Hollywood. I had some Frank Sinatra on, because I like Frank Sinatra. I was at the light and another car pulled up. The people inside looked over and recognized me. Then (they) realized what I was playing. The look on their faces…”

Originally written in 1965 as “Der Sommerwind” in Germany by Heinz Meier, the track was transformed into “Summer Wind” one year later by Frank Sinatra. It peaked at number 25 on the Billboard Hot 100 and number 1 on the Easy Listening chart.