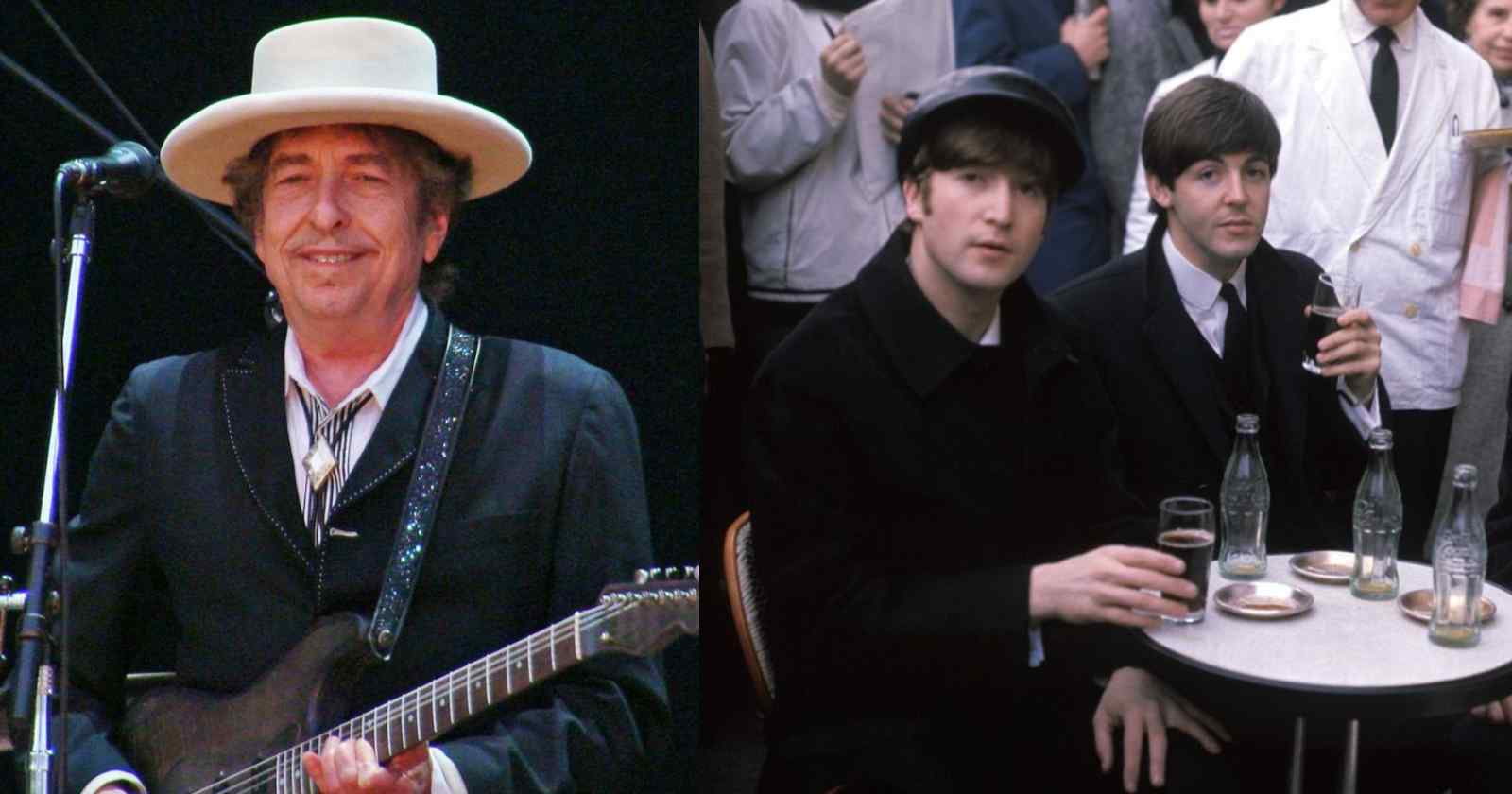 With more than 125 million records sold worldwide Bob Dylan is one of the best selling artists in history and is also considered one of the greatest songwriters of all time. In interviews during his career the musician gave his opinion on another important and successful band, The Beatles.

What is Bob Dylan’s opinion on The Beatles

In an interview with Playboy magazine back in 1978 talked about George Harrison and John Lennon, saying: “I’ve always lived the way George Harrison plays guitar—restrained and good. As for Lennon, well, I was encouraged by his book [In His Own Write]. Or the publishers were encouraged, because they asked me to write a book and that’s how Tarantula came about.”

“John has taken poetics pretty far in popular music. So a lot of his work is overlooked. But if you examine it, you’ll find key expressions that have never been said before to push across his point of view. So things that are symbolic of some inner reality and probably will never be said again.”

In an interview with Rolling Stone magazine back in 2007, Dylan was asked if there was some sort of competition between him and John Lennon. The musician replied answering the question and also giving his opinion on Paul McCartney: “Yeah. Only to a certain extent, but not really. Him and McCartney both, really, they were fantastic singers.”

“Lennon, to this day, it’s hard to find a better singer than Lennon was, or than McCartney was and still is. I’m in awe of McCartney. He’s about the only one that I am in awe of. He can do it all. And he’s never let up.”

“He’s got the gift for melody, he’s got the rhythm, he can play any instrument. He can scream and shout as good as anybody, and he can sing a ballad as good as anybody. Also his melodies are effortless, that’s what you have to be in awe of. He’s just so damn effortless. I just wish he’d quit [laughs]. Everything that comes out of his mouth is just framed in melody.

In an interview with Klas Burling back in 1966, Bob Dylan talked about The Beatles saying the didn’t played Rock and Roll music:

“Oh, the Beatles are great, but they don’t play rock’n’roll.”

Interviewer: “You met them quite a few times, as well in the States and in England.”

Dylan: “Yeah, I know the Beatles, they’re not playing …”

Interviewer: “But what would you call your style then?. The music you sing?”

Dylan: “I don’t know, I’ve never heard anybody that plays or sings like me, so I don’t know.”

Bob Dylan and George Harrison remained close friends over the years and even were bandmates in the The Traveling Wilburys, one of the biggest supergroups of all time that also had Jeff Lynne (ELO), Roy Orbinson and Tom Petty. The idea came after a conversation between Harrison and Lynne during the sessions for Harrison’s 1987 album Cloud Nine. The band was formed in April 1988 after the five members united to record a bonus track for Harrison’s next European single “Handle With Care”. The record company thought the track was too good to be only an European single and motivated the musicians to record a full album.

The record “Traveling Wilburys Vol. 1” was released in 1988 and had commercial success and critical acclaim. It was the only Wilburys album to feature Orbison, who died suddenly of a heart attack less than two months after its release. After that the group continued as a four-piece.