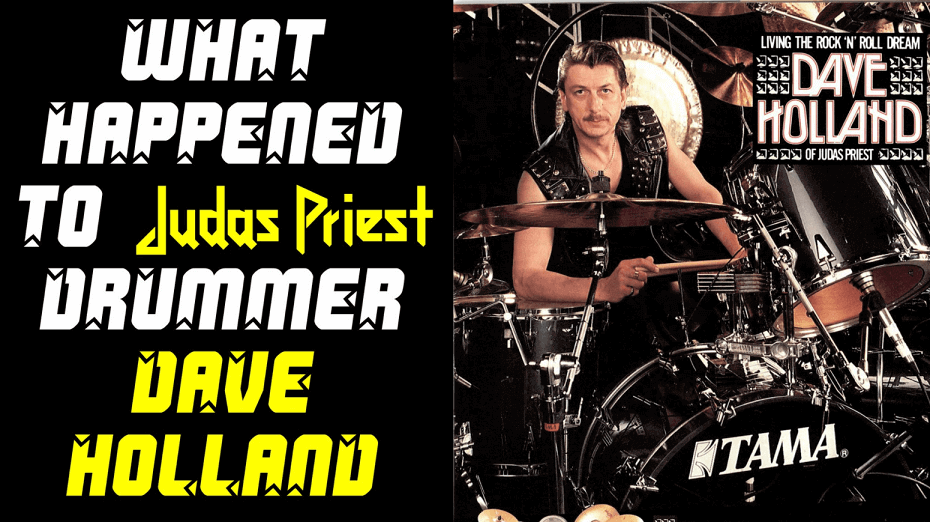 Most remembered for being the Judas Priest Drummer, Dave Holland went from stardom with one of the greatest heavy metal bands in history to jail.

Listen below to the band’s most famous song that had Holland on drums:

The band had a fairly fluid line up, finally dissolving in 1994. Many members went on to join better known bands, including Deep Purple, Black Sabbath, Whitesnake, Judas Priest, Uriah Heep and Wishbone Ash.

The core and most familiar line-up of the band was Glenn Hughes, Mel Galley, and Dave Holland. After Glenn Hughes’ departure in June 1973, Galley and Holland kept the band together with constantly varying members until 1979. When Holland went on to join Judas Priest. Holland tried to revive the band in 1990, after leaving Priest, but the band finally broke up in 1994.

Holland left Trapeze and joined Judas Priest in August 1979. Playing the drums on many of Priest’s platinum albums, such as British Steel, Screaming for Vengeance, Defenders of the Faith, and Turbo. He was responsible for many unforgettable drum tracks, like “Living After Midnight”, that you can hear below:

“Living After Midnight” by Judas Priest

After almost 10 years with the Judas, things started to go wrong. On the 1988 album, Ram It Down, the band recorded the drums with the use of a drum computer, Holland although was credited with the parts.

In 1989, personal problems (health and family issues) and musical differences forced Holland to leave Judas Priest. He was replaced by original Saints Or Sinners drummer Scott Travis, who had also previously played in the band Racer X. 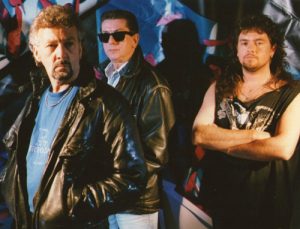 In the 1990s, besides touring with reformed Trapeze and filling in for various bands, Holland gave drum clinics and private lessons.

He also managed and produced bands such as the Swedish “teen funk trio” Shutlanger Sam whom Holland introduced in person at a show with his former Trapeze bandmate Glenn Hughes in Vänersborg 1996, and played on various recordings of his former mates.

In 1996, he participated in sessions that involved Glenn Hughes, Tony Iommi of Black Sabbath fame, and keyboardist Don Airey. In 1998, a collaboration with Al Atkins, Judas Priest’s original singer, was released, featuring a few covers of early Priest songs that Holland did not originally play on. Judas Priest with Atkins at the helm had supported Trapeze in 1971.

He was sentenced to eight years in prison. As a result, Black Sabbath guitarist Tony Iommi chose to replace Holland’s drum parts on The 1996 DEP Sessions because he did not want a convicted sex offender appearing on his album. Holland was scheduled for release in 2012 and was reportedly out by June that year. 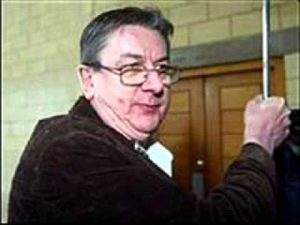 In late 2006, Holland, who has steadfastly maintained his innocence, revealed that was in the process of writing a autobiography. Writing to Judas Priest biographer Neil Daniels from prison, Holland stated “I was convicted of a crime that I didn’t commit, and like so many others in similar situations to the one in which I find myself, an offense that never even existed in the first place.”

“Needless to say we find this whole situation very distasteful and hope that Dave is totally innocent and will be exonerated very soon. We know no more about the case than what we read in the papers. Judas Priest parted company with Dave Holland over 15 years ago and we haven’t had any contact with him for many years now. As far as the questions about whether he was gay or not — well, Dave was a very private man and kept his private feelings to himself. We will not comment any further than that.”