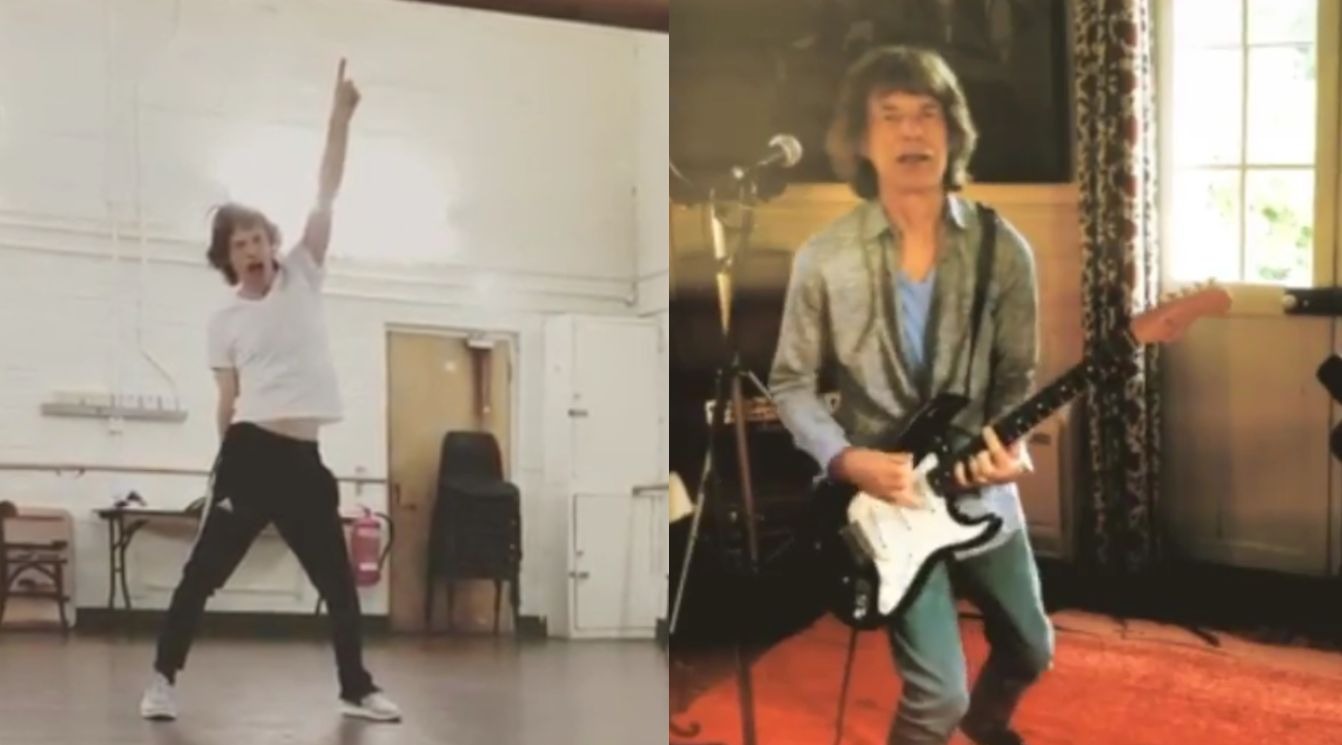 A few weeks ago, Mick spent a few days in New York because of surgery to replace a heart valve, so the Rolling Stones shows from April 20 through the US and Canada were rescheduled and now the singer appeared dancing and playing the guitar to get back on the road!

With 75 years old he’s got more energy than a teenager:

Jagger’s career has spanned over five decades, and he has been described as “one of the most popular and influential frontmen in the history of rock & roll”. His distinctive voice and energetic live performances, along with Keith Richards’ guitar style have been the trademark of the Rolling Stones throughout the band’s career. Jagger gained press notoriety for his admitted drug use and romantic involvements, and was often portrayed as a countercultural figure.

Jagger was born and grew up in Dartford, Kent. He studied at the London School of Economics before abandoning his academic career to join the Rolling Stones. Jagger has written most of the Rolling Stones’ songs together with Richards, and they continue to collaborate musically.