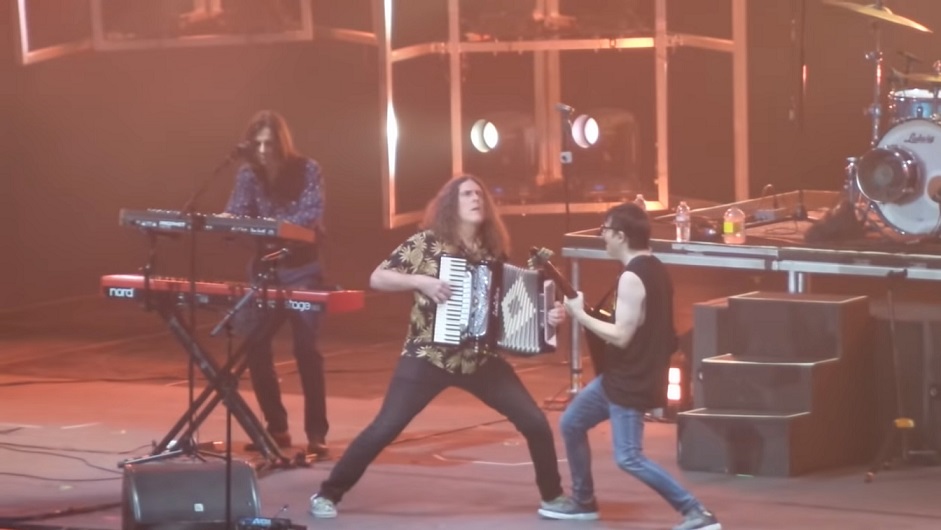 Weezer called the “Weird Al” Yankovic to play his incredible accordion during Toto’s sensational cover of “Africa.” The moment happened in the presentation of the band in Los Angeles.

Frontman Rivers Cuomo invited Yankovic to the stage in the middle of the song, just before the famous keyboard solo – which in this case was done with an accordion and a guitar.

Before introducing the cover, which was officially released after a teenager’s request, Cuomo said:

Let’s take them on a distant journey. To the continent you choose … where do you want to go tonight, children?

Obviously, the audience shouted “AFRICA!” And shouted louder as “Weird Al” stormed onto the stage for this incredible performance.

So, this just happened. (Thanks, @Weezer.) pic.twitter.com/DIt5Sf25Vz

The song appears in the 1982 album Toto IV and reached number one on the Billboard Hot 100 charts in February 1983, and number three on the UK Singles Chart of the same month. The song was written by keyboardist and vocalist David Paich and drummer Jeff Porcaro. On May 17, 2013, the song re-entered the New Zealand singles chart after an absence of 30 years, to reach a new peak of number 5, after he reached number 8 on November 14, 1982. A better success was achieved in the digital graphics of iTunes in New Zealand, where “Africa” ​​reached number 1.