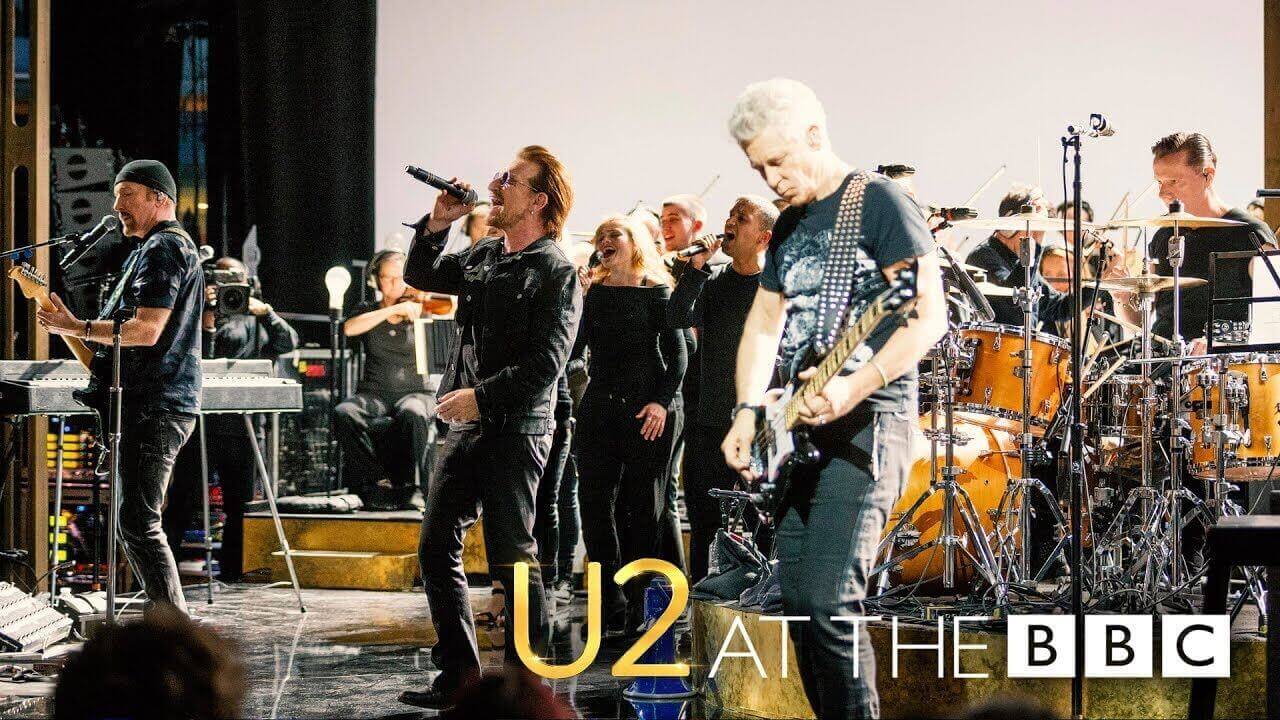 U2 recorded a special concert for BBC One, that will be broadcast on Tuesday 19th December, at 9pm. The channel just released a preview from the show, that show’s the band performing the classic song “All I Want is You” from the album“Rattle and Hum” (1988).

“All I Want Is You” was released in the UK as a single on 12 June 1989. The B-side featured covers of The Righteous Brothers’, “Unchained Melody”, and a cover of Love Affair’s “Everlasting Love”. It reached number 4 in the UK charts and number 2 in Australia, number 12 on the Dutch Top 40, but only reached number 67 and number 83 in the Canadian and American charts, respectively.

It appeared on the soundtrack for the 1994 film Reality Bites. The popularity of the song in the film led to a re-release in 1994 where it reached number 38 in the U.S. Top 40 Mainstream charts. The single was rereleased in the Netherlands with “Everlasting Love” now being the a-side. “Everlasting Love” reached number 10 in the Dutch Charts, in January 1990. In 2004, it was ranked number 9 in Entertainment Weekly’s list of “The 50 Greatest Love Songs.”

It is also featured during an episode of Hindsight and the final scenes of the 2011 film Contagion. The song “October” appears on the compilation album The Best of 1980-1990 as a hidden track encoded within the track for “All I Want Is You” following about a minute of silence.