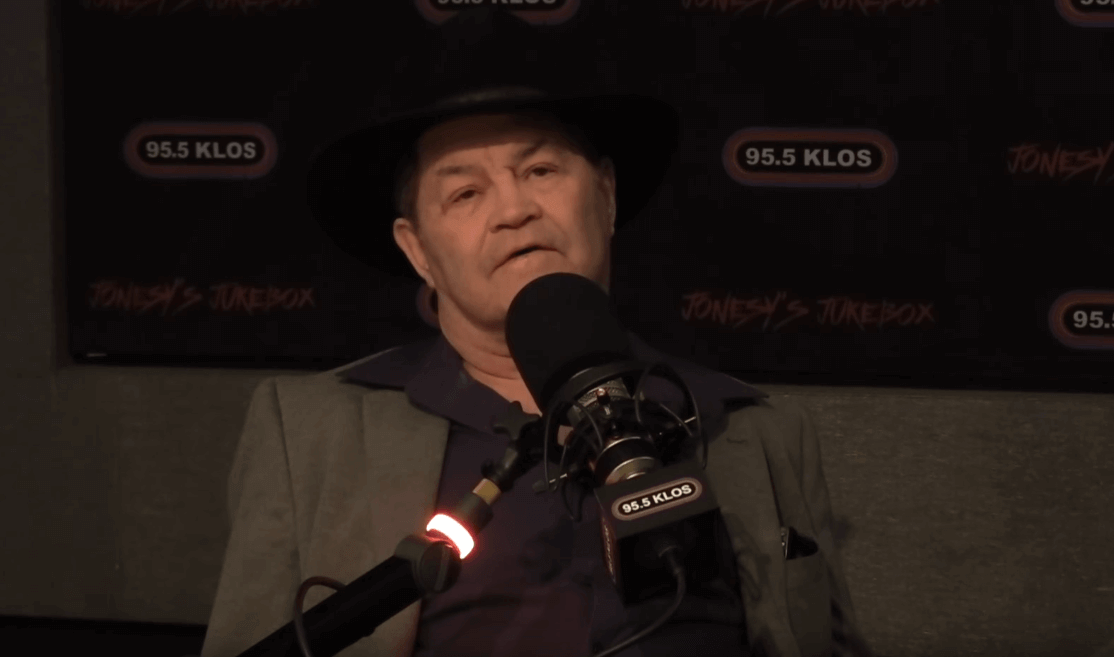 The Monkees’ drummer and vocalist Micky Dolenz, was on Jonesy’s Jukebox and talked about his life and career.

Although it has been seldom written about, Micky Dolenz originally had his own rock group called “Micky and the One-Nighters” in the early-mid 1960s with himself as lead singer.

He had penned at least one or two tunes of his own at the time. According to Dolenz his band’s live stage act included a lot of rock songs, cover songs, and even some R&B, but that one of his favorites to sing was Chuck Berry’s “Johnny B. Goode”.

It would indeed be “Johnny B. Goode” that Dolenz sang at his Monkees audition and that got him hired for the show. He cut two 45s in 1965 that went unreleased until The Monkees’ success in 1967. Those two 45s came out on the Challenge label and the songs were “Don’t Do It”/”Plastic Symphony III” and “Huff Puff”/”Fate (Big Ben)”.

In 1965, Dolenz was cast in the television sitcom The Monkees and became the drummer and a lead vocalist in the band created for the show. He was not actually a drummer and needed lessons even to be able to mime credibly, but eventually was taught how to play properly.

By the time The Monkees went on tour in late 1966, Dolenz was competent enough to play the drums himself. (He learned to play right-handed and left-footed because of a leg disease called Perthes making his right leg weaker.)