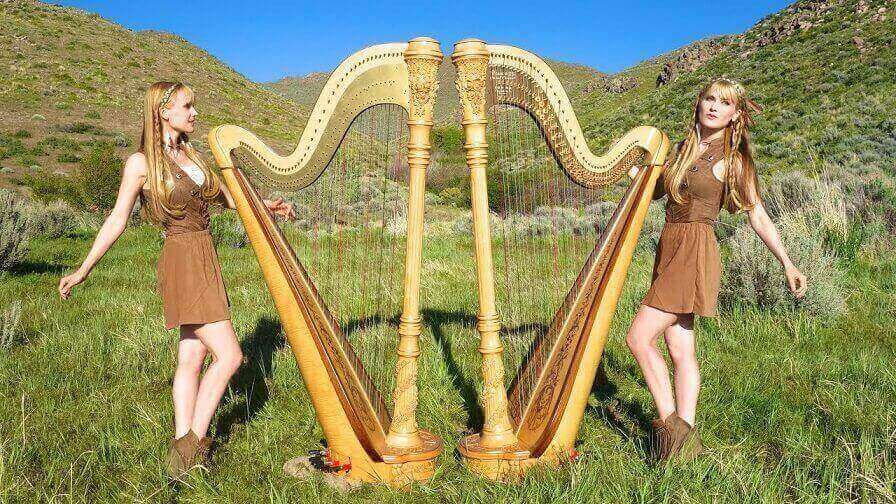 The Harp Twins Camille and Kennerly are talented musicians that besides writing new music, also makes a lot’s of rock and roll covers on the harp. And here it is their version for Iron Maiden’s “Run To The Hills”.

“Run to the Hills” is a song by the English heavy metal band Iron Maiden. It was released as their sixth single and the first from the band’s third studio album, The Number of the Beast (1982). Credited solely to the band’s bassist, Steve Harris, although significant contributions were made by lead vocalist Bruce Dickinson, it remains one of their most popular songs, with VH1 ranking it No. 27 on their list of the 40 Greatest Metal Songs and No. 14 on their list of the Greatest Hard Rock Songs.

A live version of the song, from Live After Death, was released in 1985 and the original single was reissued in 2002, with all income donated to former drummer Clive Burr’s MS Trust Fund. In 1990, as part of The First Ten Years box set, both the original and the 1985 live single were reissued on CD and 12″ vinyl, combined with “The Number of the Beast” and “Running Free (live)” respectively.