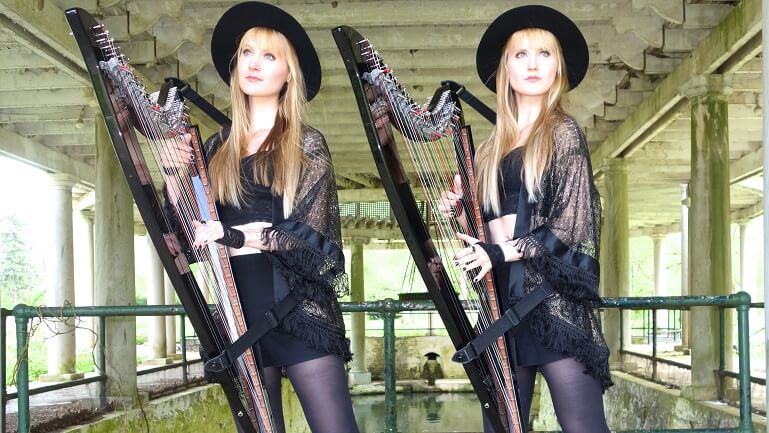 The Harp Twins Camille and Kennerly are talented musicians that besides writing new music, also makes a lot’s of rock and roll covers on the harp. And here it is their version for Fleetwood Mac’s “Rhiannon”.

“Rhiannon” is a song written by Stevie Nicks and originally recorded by Fleetwood Mac on their eponymous album in 1975; it was subsequently issued as a single the following year.

The song is always referred to as simply “Rhiannon” on Fleetwood Mac albums. The title “Rhiannon (Will You Ever Win)” was used only on single versions in some countries.

Live performances of the song were sometimes prefaced with Nicks saying, “This song’s about an old Welsh witch.” During 1975–1980, Fleetwood Mac’s live performances of “Rhiannon” took on a theatrical intensity not present on the FM-radio single. The song built to a climax in which Nicks’ vocals were so impassioned that, as drummer and band co-founder Mick Fleetwood said, “her Rhiannon in those days was like an exorcism.