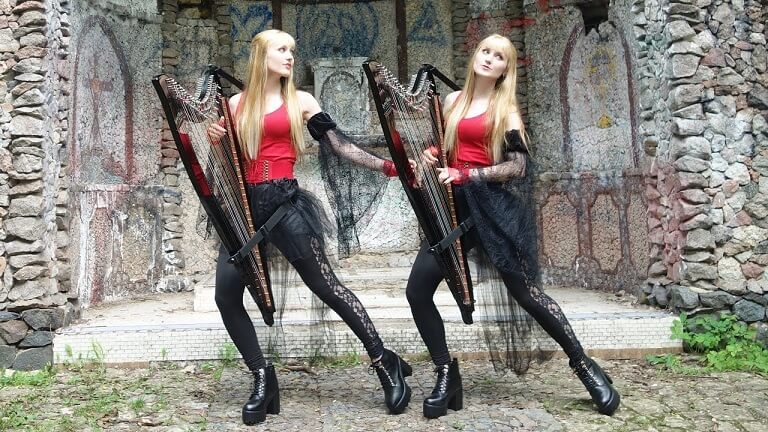 The Harp Twins Camille and Kennerly released a Black Sabbath cover for the classic “Paranoid”. The two are talented musicians that besides writing new music, also makes a lot’s of rock and roll covers on the harp.

“Paranoid” is a song by Black Sabbath, featured on their second album Paranoid (1970). It is the first single from the album, while the B-side is the song “The Wizard”. It reached number 4 on the UK Singles Chart and number 61 on the Billboard Hot 100.

A lot of the “Paranoid” album was written around the time of our first album, Black Sabbath. We recorded the whole thing in about 2 or 3 days, live in the studio. The song “Paranoid” was written as an afterthought. We basically needed a 3 minute filler for the album, and Tony came up with the riff. I quickly did the lyrics, and Ozzy was reading them as he was singing.

“Paranoid” eventually became the name of the album, and somewhat unusually, the word paranoid is never mentioned in the lyrics. Originally the band had wanted to call the album War Pigs after the song of the same name, but the record company persuaded them to use “Paranoid” instead because it was less offensive.