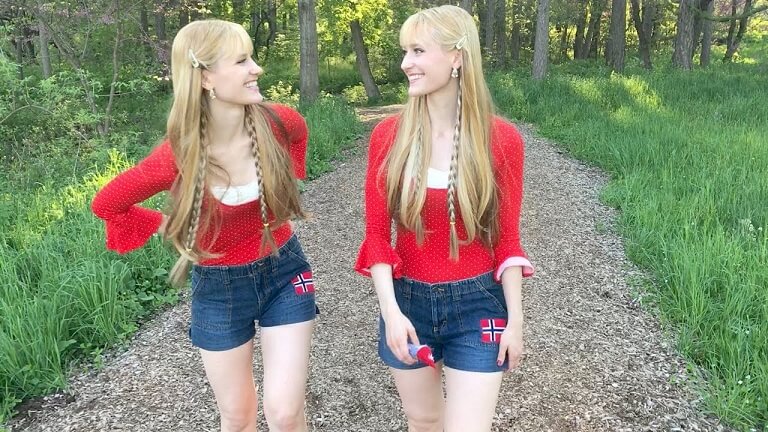 The Harp Twins Camille and Kennerly are talented musicians that besides writing new music, also makes a lot’s of rock and roll covers on the harp. And here it is their version for Beatles’ “Norwegian Wood”

“Norwegian Wood (This Bird Has Flown)” is a song by the English rock band the Beatles. It was written by the songwriting partnership of John Lennon and Paul McCartney and was first released on the album Rubber Soul on 3 December 1965.

Musically influenced by the introspective lyrics of Bob Dylan, “Norwegian Wood” is considered a milestone in the Beatles’ progression as complex songwriters. Ravi Shankar and the recordings of studio musicians during the Help! filming sessions inspired lead guitarist George Harrison to incorporate the sitar into the song.

“Norwegian Wood” was influential in the development in raga rock and psychedelic rock, even though it was not the first song to feature an Eastern-inspired sound in a rock composition, and not even the first Beatles song to do so.

Not long afterwards, Indian classical music became popularised in mainstream Western society, and several Western musical artists such as the Byrds, the Rolling Stones, and Donovan integrated elements of the genre into their musical approach. Accordingly, “Norwegian Wood” is recognised as a bona fide raga-rock song, as well as fundamental in the early evolution of the genre later regarded as world music.