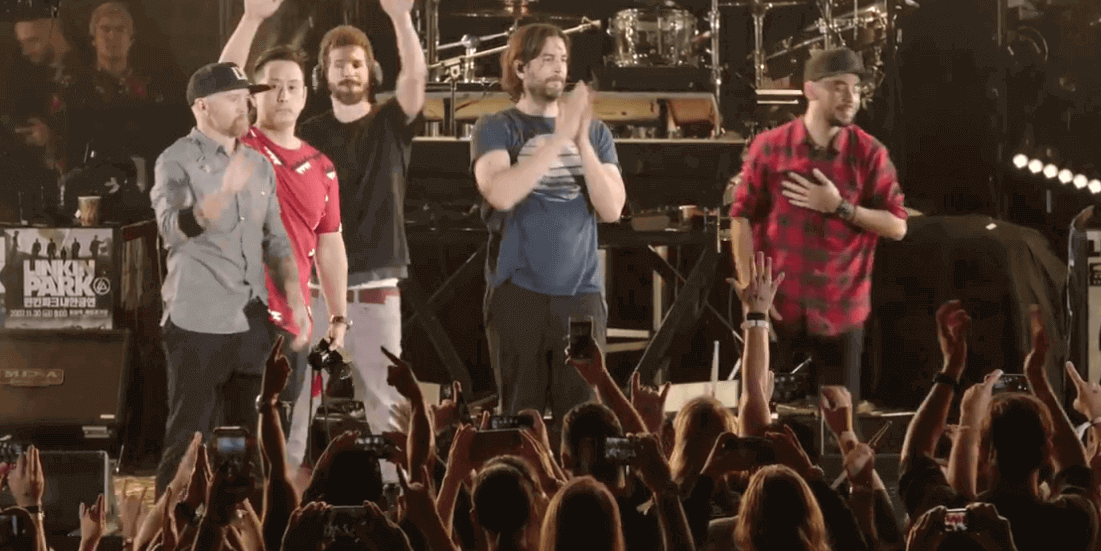 Last night Linkin Park made a tribute concert to the band’s late frontman Chester Bennington that was live streamed for free via YouTube. The performance happened at the Hollywood Bowl in Los Angeles and it was the first time the band played live since Bennington took his own life this past July.

Profit from the concert, which was billed as “Linkin Park And Friends Celebrate Life In Honor Of Chester Bennington”, will go to Music For Relief’s One More Light Fund in memory of Bennington.

Among the artists that appeared at the show were Jonathan Davis of Korn, Oliver Sykes from Bring Me The Horizon, M. Shadows and Synyster Gates from Avenged Sevenfold, all the members of System of a Down except Serj Tankian, members of Blink-182, Machine Gun Kelly, ex-Yellowcard singer Ryan Key, pop singer and Linkin Park collaborator Kiiara and more.