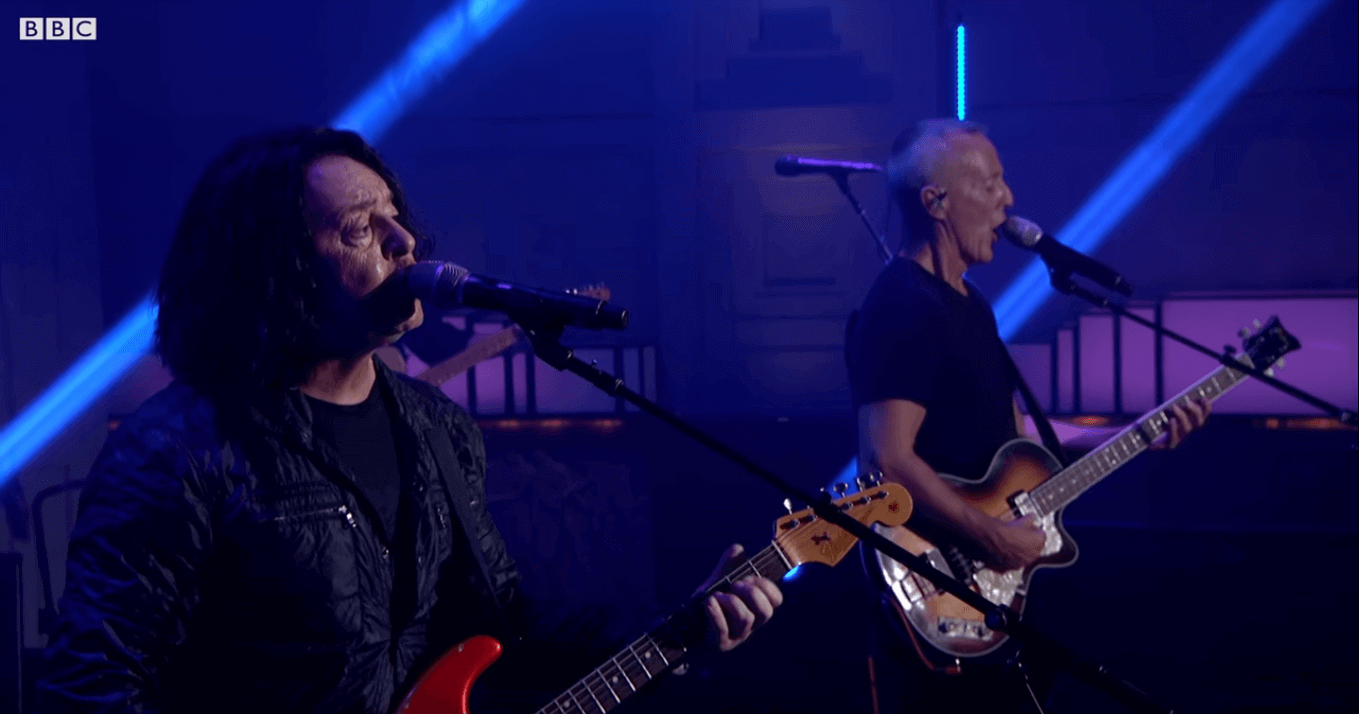 As part of the 2017 In Concert season covering 5 decades of music, to celebrate 50 Years of BBC Radio 2. The channel invited Roland Orzabal and Curt Smith to perform their 1980s smash hit live from the iconic Radio Theatre.

Formed in Bath in 1981 by Roland Orzabal and Curt Smith, the band was founded after the dissolution of their first band, the mod-influenced Graduate.

They were initially associated with the new wave synthesiser bands of the early 1980s but later branched out into mainstream rock and pop, which led to international chart success. They were part of the MTV-driven Second British Invasion of the US.

Their second album contained two Billboard Hot 100 number ones: “Shout” and “Everybody Wants to Rule the World”‘, the latter winning the Brit Award for Best British Single in 1986.