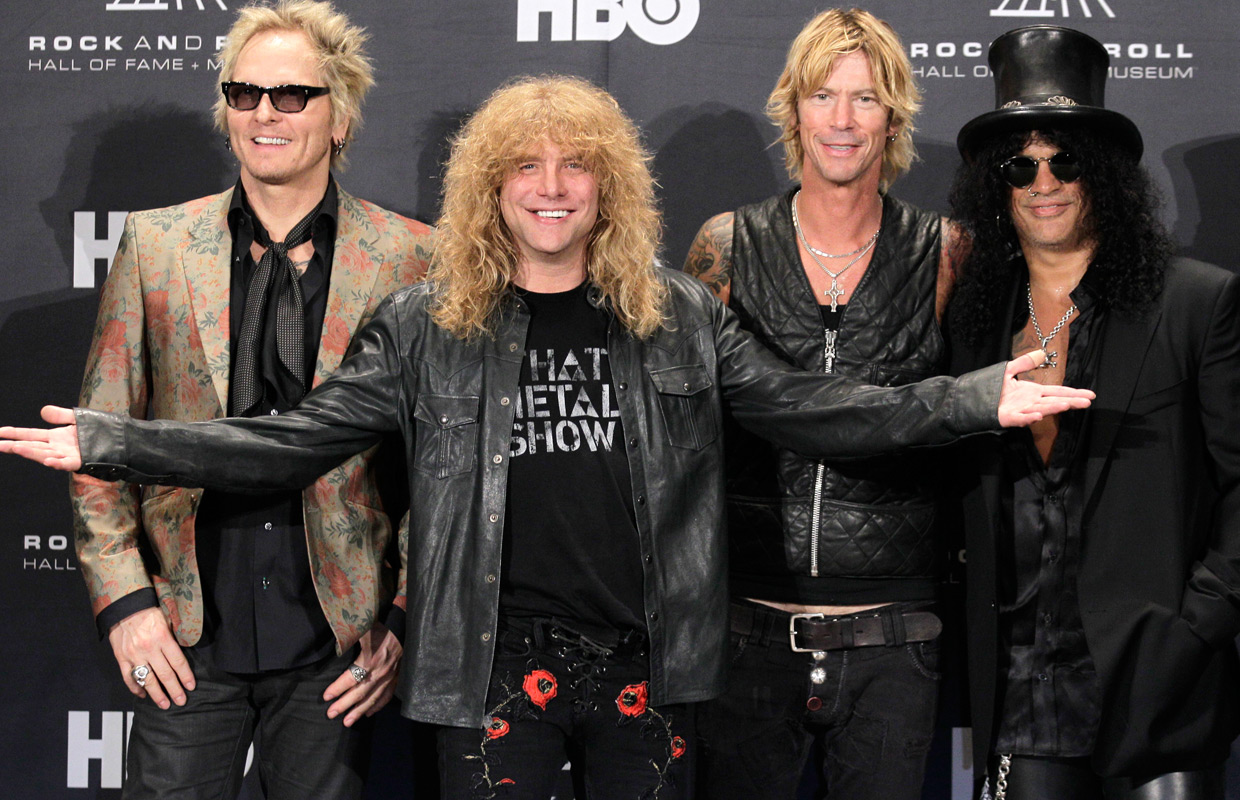 Steven Adler was on tribute show to the late “King of The Sunset Strip”, Mario Maglieri, during Tuesday night’s (October 3). The event called “Ultimate Jam Night“ and took place at the famous Whisky A Go Go in West Hollywood, California.

Take a look at video below:

Adler recently said that he “would love to” perform with Guns N’ Roses again.

The drummer played with band mates for the first time in 26 years during the 2016 leg of the “Not In This Lifetime” tour.

He appeared onstage last November in Buenos Aires, Argentina, as well as on three separate occasions during the U.S. leg of the “Not In This Lifetime“ tour in the summer of 2016.

That was he first appearance with the band since 1990, although he performed with members of the band at their 2012 induction into the Rock And Roll Hall Of Fame.

He was fired in 1990 due to his heavy drug use, a problem he struggled with for years after his dismissal.