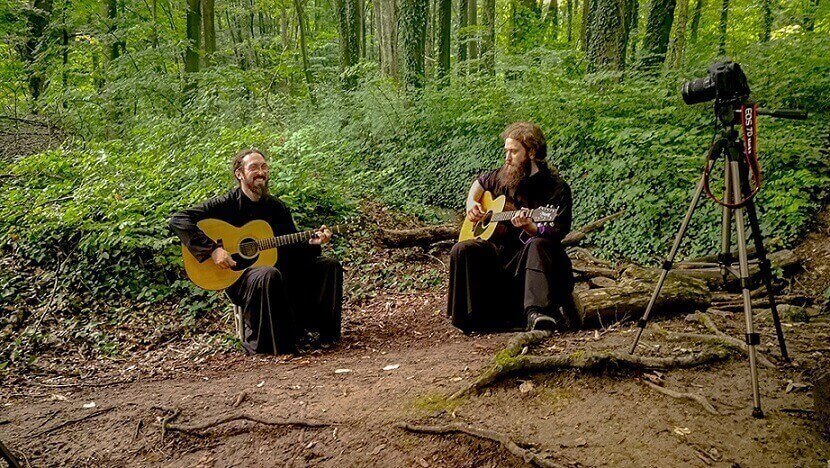 A pair of orthodox monks from Tuman monastery in Serbia did an acoustic re-reading of “Wasting Love,” a ballad released on Iron Maiden’s “Fear of the Dark” album in 1992.

Petar and Teofil recorded a video of the presentation in the monastery.

The song was a collaboration of singer Bruce Dickinson, and guitarist Janick Gers. The lyrics deal with the subject of loneliness brought on by sex outside the context of love.

The single was only officially released in the Netherlands, although different one-track promotional CDs exist, one for U.S. radio stations and another for Spain, which had the only vinyl version of the single.

The single cover is the third Iron Maiden single not to feature the band’s iconic mascot Eddie on the front cover (the previous examples being “Running Free (live)” and “From Here to Eternity”). The cover photo alludes to the music video, which portrays a man tattooing the names of women all over his body. The song’s video was directed by Samuel Bayer.

The guitar solo in “Wasting Love” is played by Janick Gers.