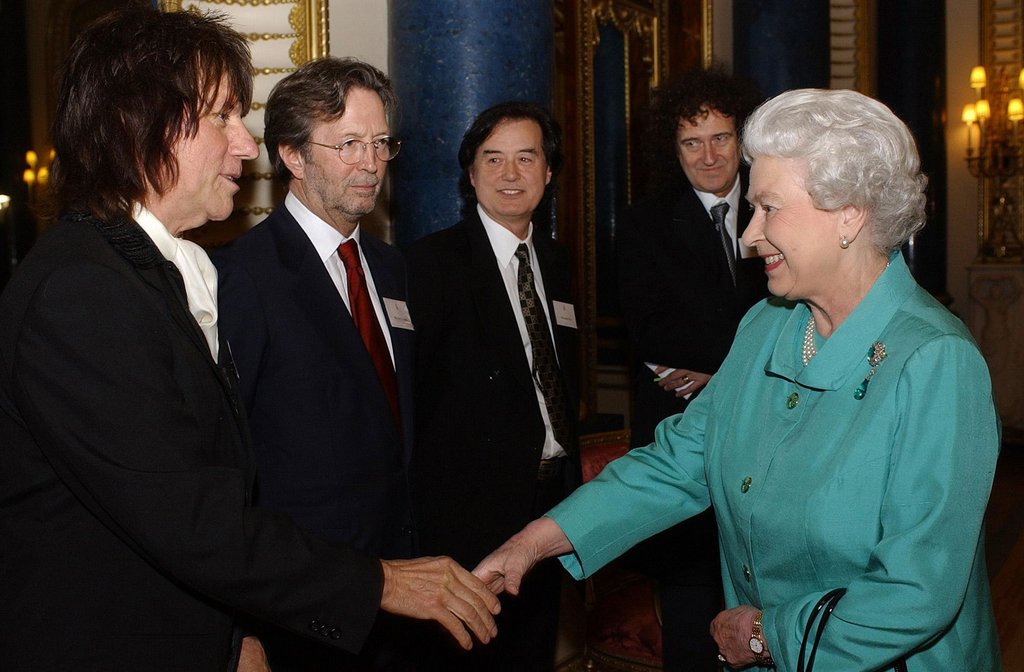 Recently a footage of this moment was released and Brian May talked about it.

“Amazing the things that turn up on social media. I had no idea this ‘presentation’ had been immortalised on video. But here it is. It’s March 2005 – me, Jimmy Page, Eric Clapton, and Jeff Beck at Buckingham Palace. Was it a memorable meeting? Well, you can Judge for yourself !”

“It’s worth noting that it’s considered improper to speak to the Queen before she speaks to you. But in the absence of a proper introduction (as you can hear), and a potential awkward silence, I felt moved to pitch in and say something to start the ball rolling … ! I think this will amuse many of you out there, who wonder what the life of rock stars is really like ! #allglamour !!! Ha ha!”

Queen Elizabeth II shown that she is not far from modern music at a reception she hosted at Buckingham Palace in 2005 to big names in rock and pop. The queen proved not to meet several of the guests, including three of the world’s best-known British guitarists: Eric Clapton, Led Zeppelin’s Jimmy Page, and Queen’s Brian May.

The British press published the gaffes of Elizabeth II. The first victim was Brian May. 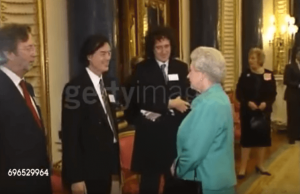 The Queen wanted to know what the musician was doing, which reminded her of a historical show he had made in 2002 in the palace gardens as part of the celebrations for his golden jubilee (50 years of reign).

“Ah, that was you!” Replied Elizabeth II, who then addressed Jimmy Page and asked if he also played the guitar. Eric Clapton tried to help and, to avoid confusion, introduced himself to the queen. But it did not help. 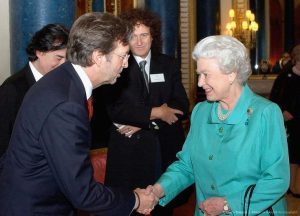 “Did you play guitar for a long time?” Asked Elizabeth II. “It must be about 45 years old,” the musician replied.

Then the queen greeted Jeff Beck, who told her about the time he played with Clapton and Page in the Yardbirds. About 500 people were invited to the reception, among them former Spice Girl Geri Halliwell, who arrived 40 minutes late and unsettled the other guests for being dressed more informally.

See James Hetfield net worth, lifestyle, family, house and cars
Stewart Copeland says “I could never take zeppelin seriously because of that singing”
Advertisement
To Top