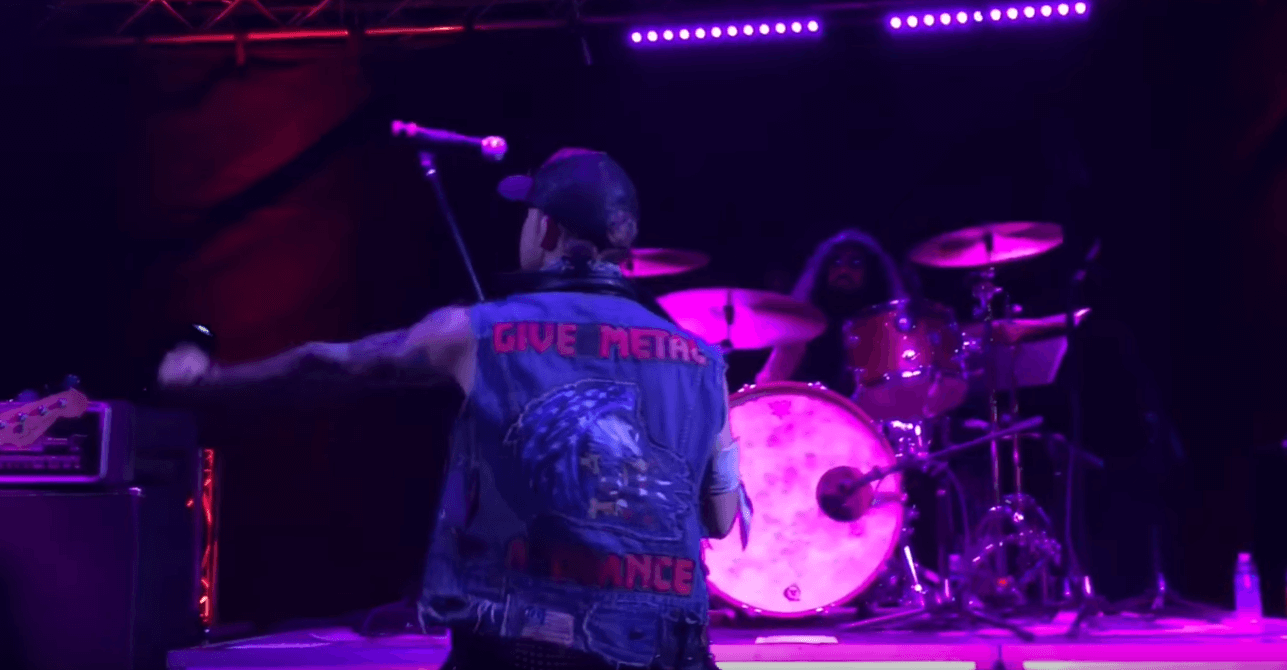 Quiet Riot is still touring and rocking out with a new album.”Road Rage”, was released on August 4 via Frontiers Music Srl. The band is is led by drummer Frankie Banali, who is joined by bassist Chuck Wright (who has been in and out of the group since 1982), guitarist Alex Grossi (who has been in the band since 2004), and new vocalist James Durbin.

Watch below their October 19 performance at Proof Rooftop Lounge in Houston, Texas:

The new vocalist, became known as the “metal guy” on 2011’s season of “American Idol” after performing “Living After Midnight” and “Breaking The Law” with Judas Priest.

After the dismissal of the last vocalist, Seann Nicols, he was hired for the job. “Road Rage” was originally scheduled for release in the spring of 2017, but with the injection of newfound energy for the band with the addition of Durbin in the vocalist slot, the band decided to scrap the original sessions and record a new version of the album with the new and improved lineup.