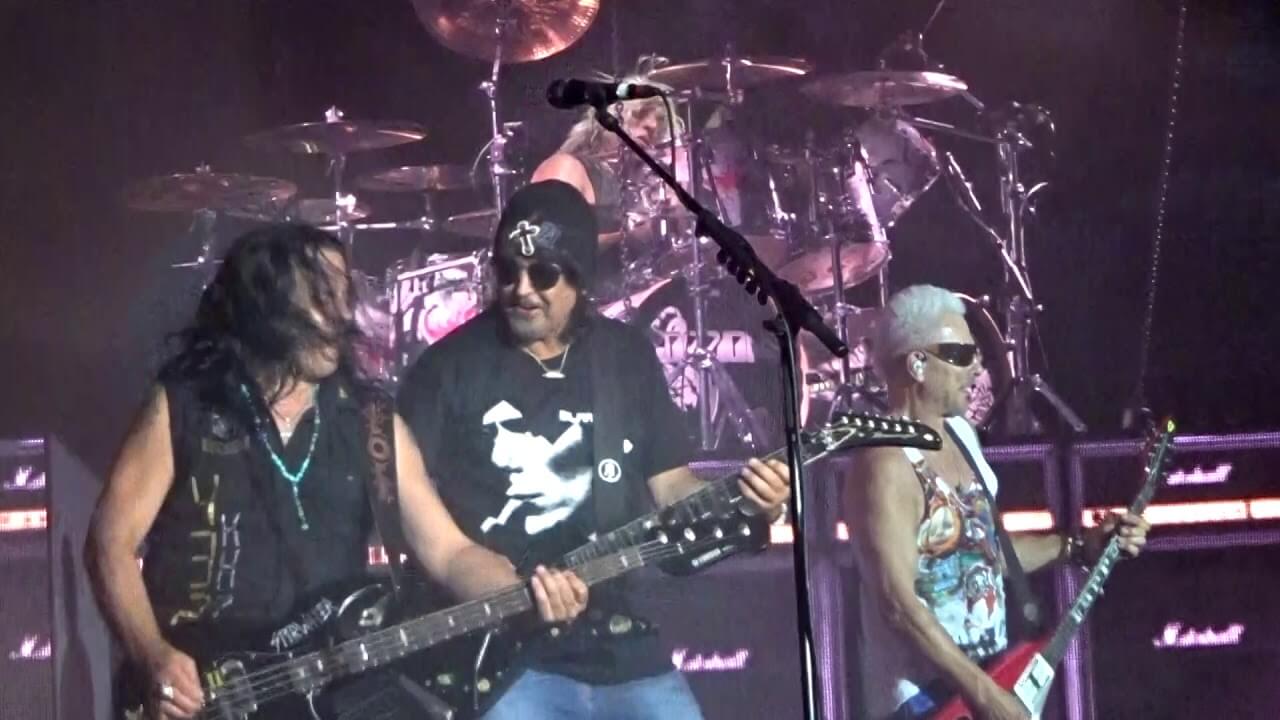 Motörhead guitarist Phil Campbell joined the Scorpions during the Rock Fest festival in Barcelona, ​​Spain, to play the classic “Overkill” in tribute to Lemmy Kilmister. The current Scorpions lineup includes drummer Mikkey Dee, who has played on Motörhead since the early 1990s.

Lemmy died in 2015 at the age of 70. The musician had been presenting health problems, which led him to cancel several shows.

Mikkey spoke about the difference in playing drums in both bands:

“I played a lot of time with Motörhead, we were a trio, and that’s a tremendous difference. For example, when Phil was doing his solo, I would have to be a bit busier on the bass drum. Here [in Scorpions], I have to think otherwise – I have to make things easier and get into other things. But it’s a big challenge […] And it’s a great honor to take the Scorpions’ flag ”