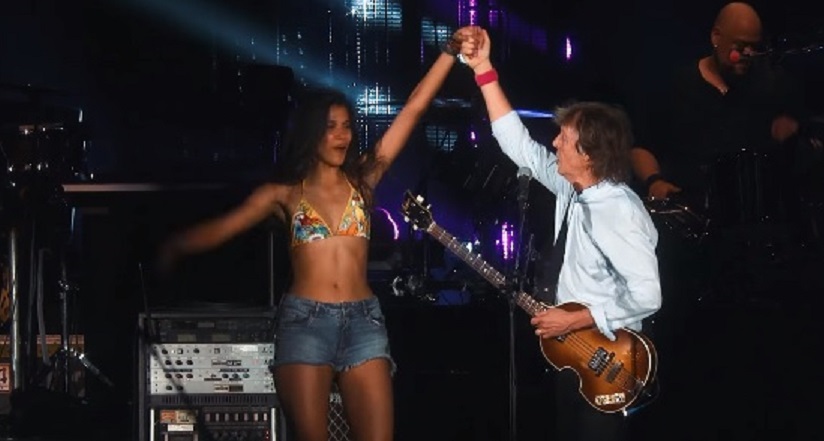 Paul McCartney released his new studio album, Egypt Station and the singer released the clip “Back in Brazil”, music that is part of the work.

The clip, which you can watch below, shows a couple meeting in Salvador (Bahia – Brazil), on the eve of the former Beatles’ show at the Fonte Nova Arena in 2017. Scenes from the presentation appear in the video, including the moment the actress was invited to go up on McCartney’s stage.