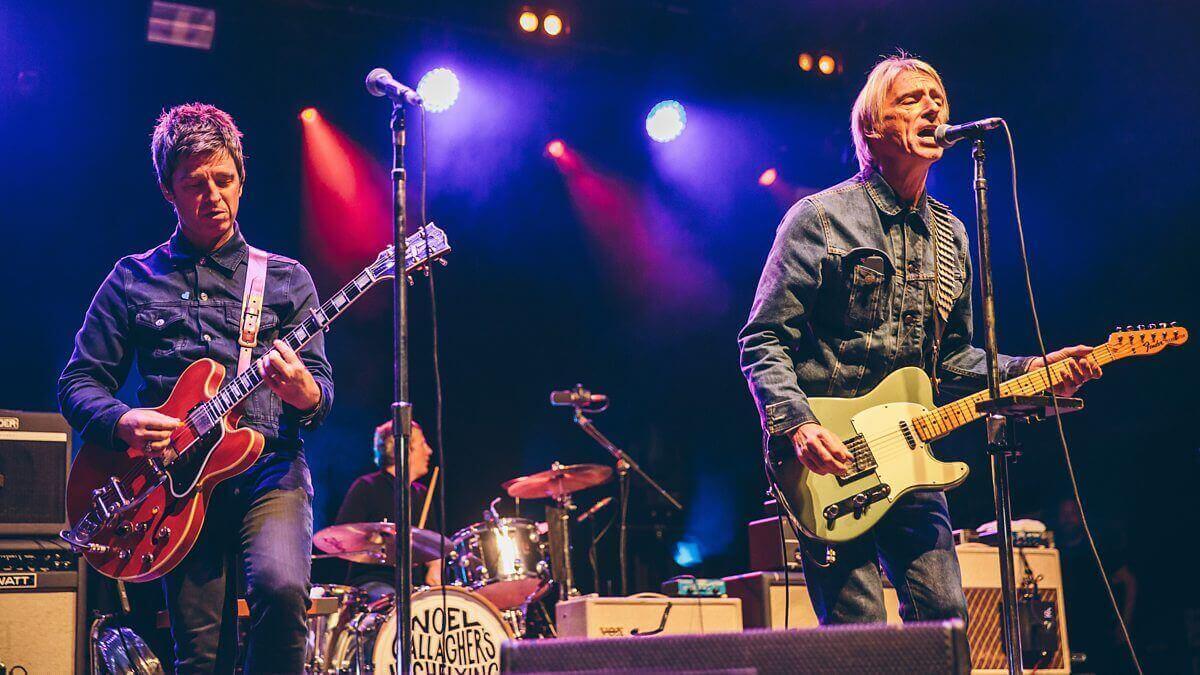 During the set of Gallagher at the Downs Festival in Bristol, England, the duo played The Jam’s “Town Called Malice” and also spliced ​​”All You Need Is Love” Beatles classic.

Last year it was revealed that the musicians were working on a song for the soundtrack of the upcoming James Bond movie. The film will be directed by Danny Boyle and must have Idris Elba as the spy.

John William “Paul” Weller Jr (born 25 May, 1958) is an English singer-songwriter and musician. Weller achieved fame with the punk rock/new wave/mod revival band The Jam. He had further success with the blue-eyed soul music of The Style Council (1983–1989), before establishing himself as a solo artist in 1991.

Despite widespread critical recognition as a singer, lyricist, and guitarist, Weller has remained a national, rather than international, star and much of his songwriting is rooted in British culture. He is also the principal figure of the 1970s and 1980s mod revival, and is often referred to as “The Modfather”.

The Daily Telegraph said of Weller: “Apart from David Bowie, it’s hard to think of any British solo artist who’s had as varied, long-lasting and determinedly forward-looking a career.”