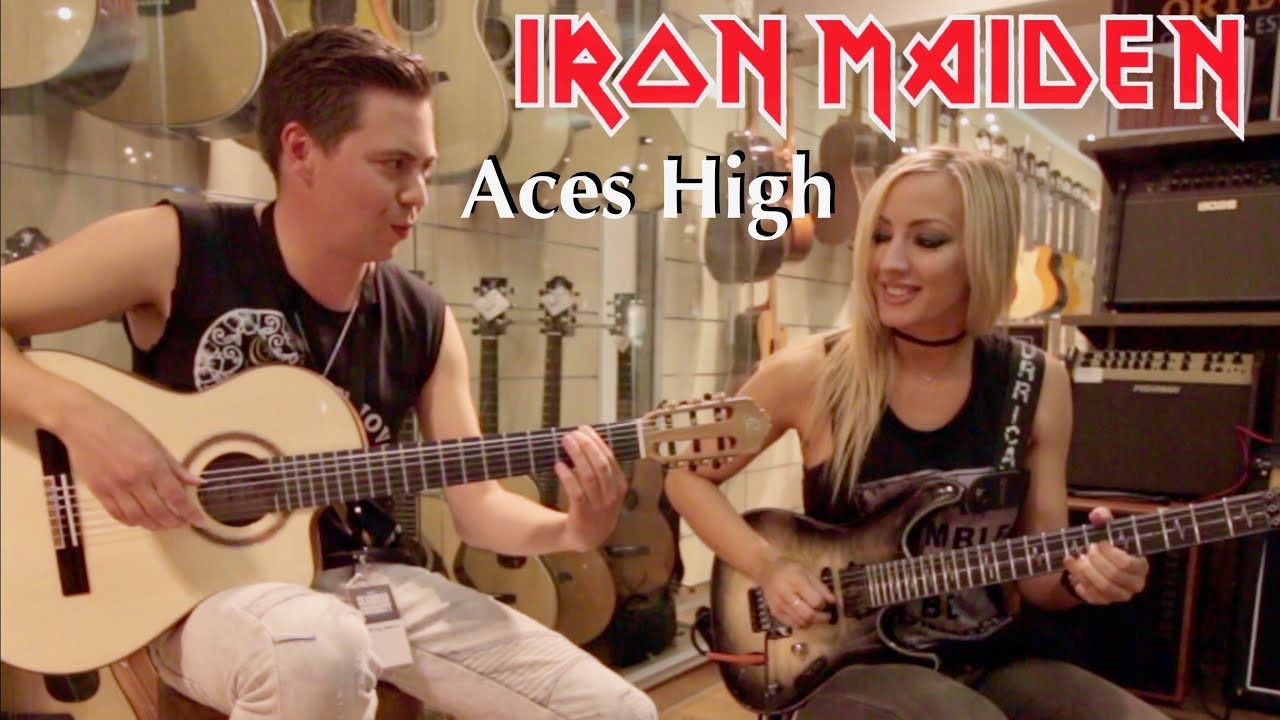 Zwijsen is the founder of the Nylon Maiden project that plays versions of the Iron Maiden classics on guitar.

The meeting of the 2 virtuosos shows the interesting overlap of electric guitar with acoustic guitar, Zwijsen’s specialty.

The video was made at the Thomann Music Store which has an initiative called The Gearhead University 2018 (TGU18).

Before she became Alice Cooper’s guitarist, she was best known for her work with Iron Maiden all-female tribute band The Iron Maidens.

You can see her performing with the band below: