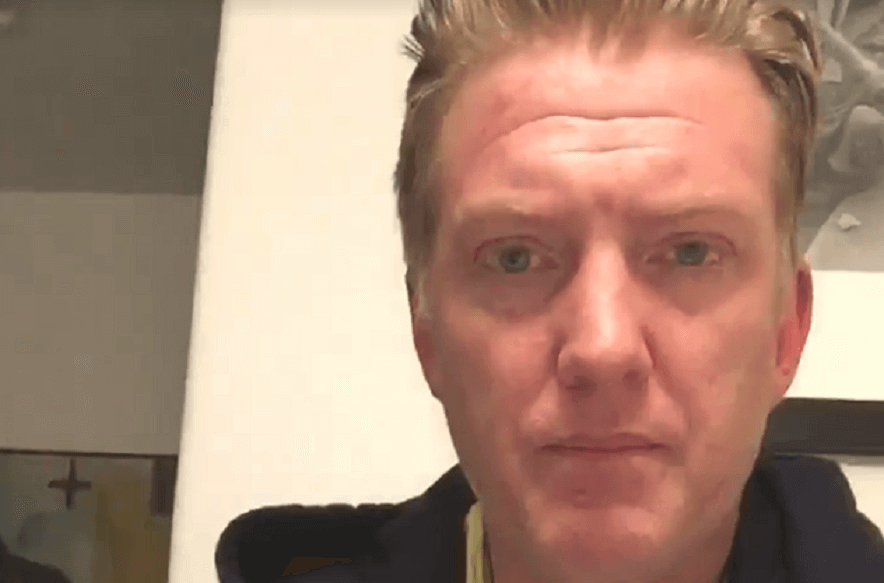 Josh Homme from Queens of The Stone Age released a video-statement where he admitted that he was “a total dick” for kicking a photographer in the face during his band’s concert in Los Angeles over the weekend.

The incident happened Saturday night (December 9) on night one of the 28th annual KROQ Acoustic Christmas.

Chelsea Lauren, a photographer for Shutterstock, talked to Variety about the incident, that happened during the band’s performance on night one of the 28th annual KROQ Acoustic Christmas, was unprovoked and that Homme was even smiling before he struck her.

“It was obviously very intentional,” she said.

Lauren has not yet publicly responded to Homme’s apology, but she wrote on Instagram earlier that her neck was “sore,” her eyebrow “bruised” and she said that she was “a bit nauseous.”

“Assault in any form is not okay, no matter what the reasoning,” she said. “Alcohol and drugs are no excuse. I was where I was allowed to be, I was not breaking any rules. I was simply trying to do my job.

Take a look at the photos she took right before he kicked her:

“I hold nobody accountable for this but Josh himself.

“The irony is someone had thrown an ice cube on to the very slick catwalk before the QOTSA set. I was afraid that one of the band members might slip and hurt themselves so, when the lights went dark, I used my arm to wipe down the runway so nobody would hurt themselves.”

At the time of her Instagram post, Lauren said she had not yet been contacted by Queens Of The Stone Age management regarding the incident.