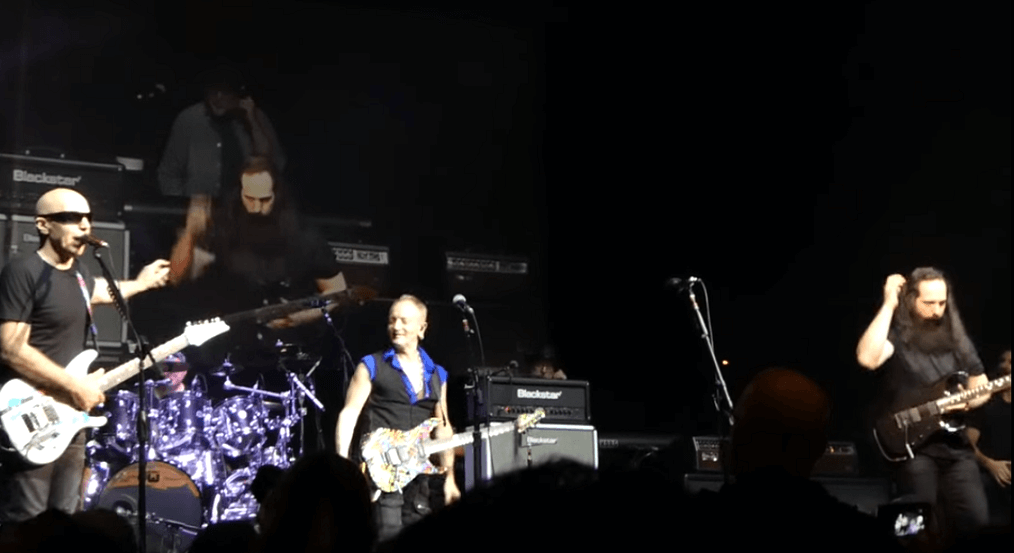 Legendary guitarists Joe Satriani, John Petrucci (Dream Theater) and Phill Collen (Def Leppard) are together on the G3 tour in 2018, which began on January 11, 2018 in Seattle. For now the tour is only in the United States.

Watch their video by tapping “Superstition”:

Read what Satriani said about the tour

“I could say that I’m surprised by the durability of G3 and how it’s been growing, but in a way, I’m not. I think part of his charm and his appeal is in chemistry to have three great guitarists sharing a stage. It’s fun, it’s unpredictable, it’s animal, that’s all you expect at a show. ”

The first G3 was formed by the union of the American guitarists Joe Satriani, Steve Vai and Eric Johnson in 1996. Since then several formations of the group have appeared around the world, having as leader and only fixed member, Satriani.

G3 is a periodic musical tour in which three great guitarists of today meet to present their solo compositions. Satriani, who invites other guitarists to take part in the tours, some including live recording of an album.