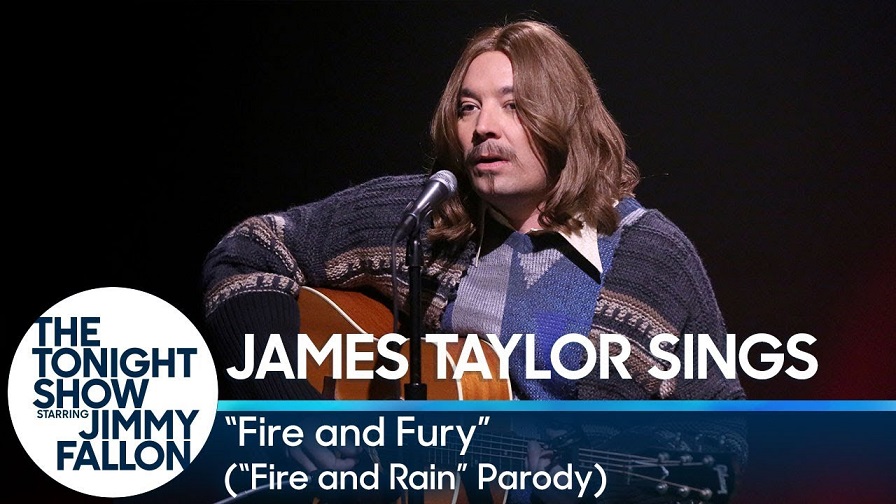 “He’s had a light snack of six Big Macs while he’s watching three TVs,” Fallon sang. “He’s turned the White House into a total shithole.” Fallon closed “Fire and Fury” with a plea for Robert Mueller to “friggin hurry” and his predictions for 2020: “And this time I’ll be the one who calls Putin/ Because in 2020, Oprah – Oprah’s gonna win.”

Watch Joe Satriani, John Petrucci and Phil Collen playing “Superstition” and “Highway Star”
Eric Clapton says he is ashamed of racist remarks he made in the past
To Top