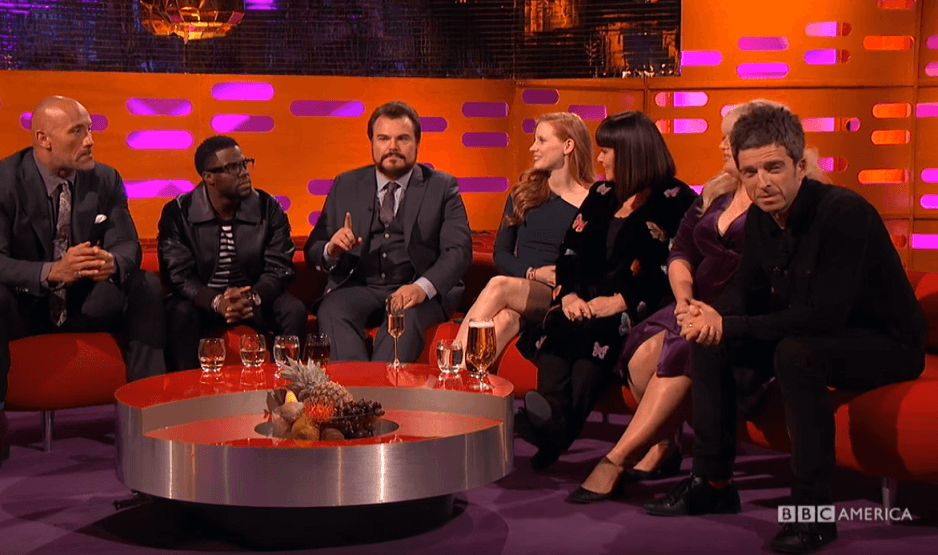 Jack Black was on The Graham Norton show promoting the new version of “Jumanji” and Noel Gallagher was a guest also. And when talking with Graham if they knew each other, Jack Black admited he mixes up Noel with his brother Liam Gallagher.