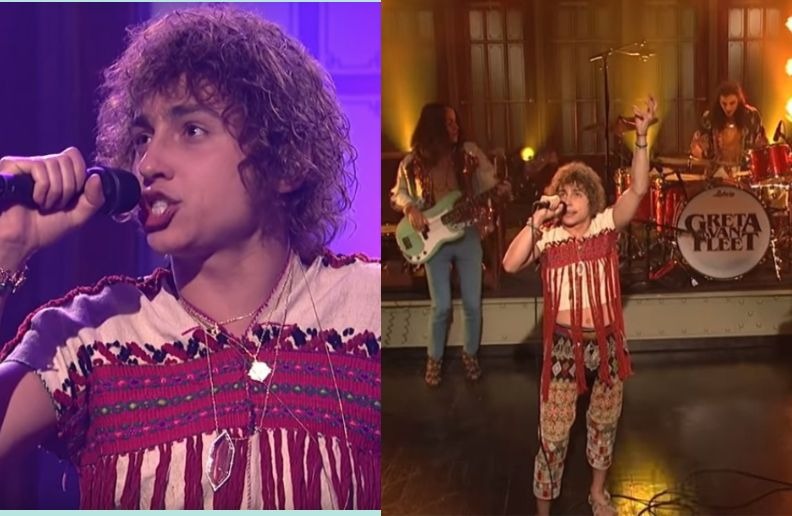 The return of Saturday Night Live in 2019 brought Greta Van Fleet as the first musical guest. The performance was by actress Rachel Brosnahan of Emmy-winning series The Marvelous Mrs Maisel. The band began the performance with “Black Smoke Rising”, title track of the 2017’s EP.

Then the group returned to the stage to play the second single from the album Anthem of The Peaceful Army. “You’re The One” featured the vocal shared between the vocalist and the guitarist, who are twin brothers.

Kiszka told the American magazine that he did not read Pitchfork’s review and lamented his point of view. That said, the lead singer believes it’s time for people to stop comparing with Led Zeppelin. “Obviously, we hear the resemblance. This is one of our influences. But now it’s like, ‘Okay, we recognize that. Let’s move on,’” he said.