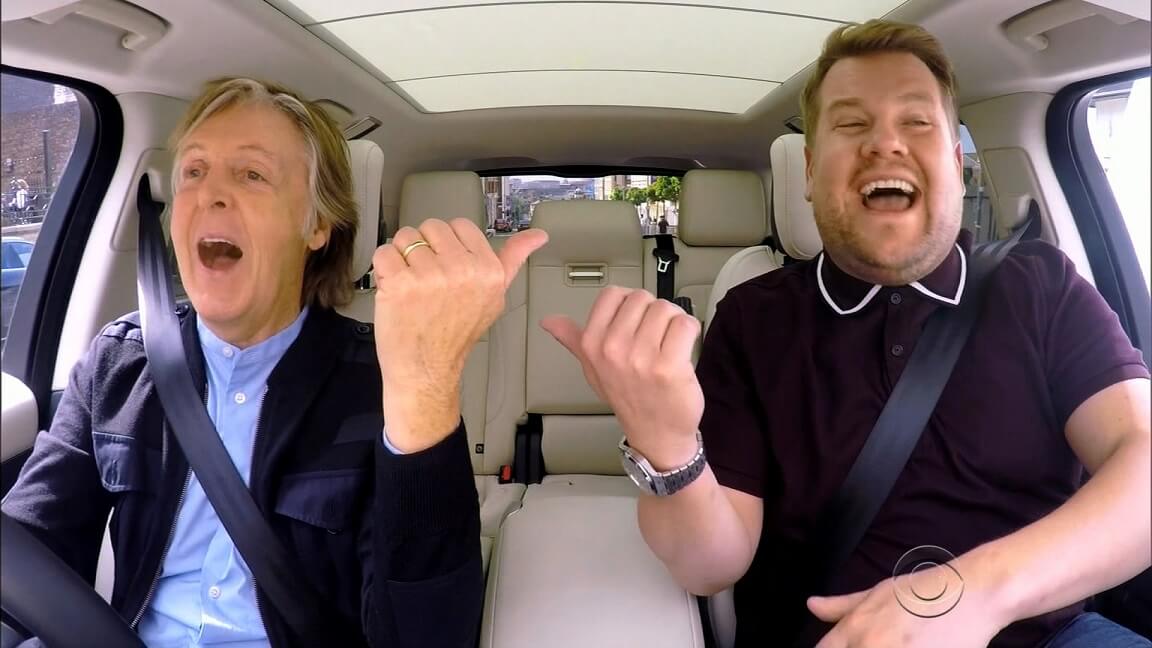 Paul McCartney was the attraction of Carpool Karaoke, and perhaps this is the most incredible episode in the history of the James Corden show.

As we told you here, the former beatle was seen strolling Liverpool with the host and even made a surprise show for some lucky in a pub. It was already expected that the result would be great, but it was even better.

In addition to singing several Beatles hits and his latest single, “Come on to Me,” Macca and Corden still visited the house where the musician grew up – entitled to a duet of “When I’m 64” on piano and history of how Paul’s father wanted the “yeah, yeah, yeah” from “She Loves You” to be, actually, “yes, yes, yes.”

The duo also jumped in some outlets in the city and the famous Penny Lane. Over there, Paul left his autograph on the license plate with the place’s name, and James still joked: “No one will believe it’s really him.”