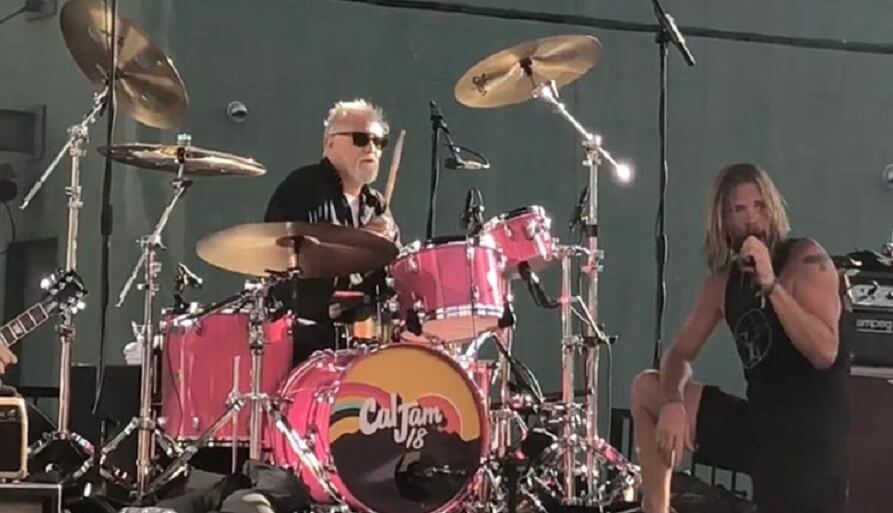 Taylor Hawkins, Pat Smear and Nate Mendel from Foo Fighters played “Under Pressure” with Queen’s Roger Taylor. The performance took place in the United States, during the show of the cover band Chevy Metal.

Foo Fighters performed using the pseudonym The Holy Shits, with a setlist of rarities. The show was a warm-up for the Cal-Jam festival, which the band will promote in October.

The song only peaked at No. 29 on the US Billboard Hot 100 in January 1982, and would re-chart for one week at No. 45 in the US following Bowie’s death in January 2016. It was also number 31 on VH1’s 100 Greatest Songs of the ’80s. It has been voted the second best collaboration of all time in a poll by the Rolling Stone magazine.