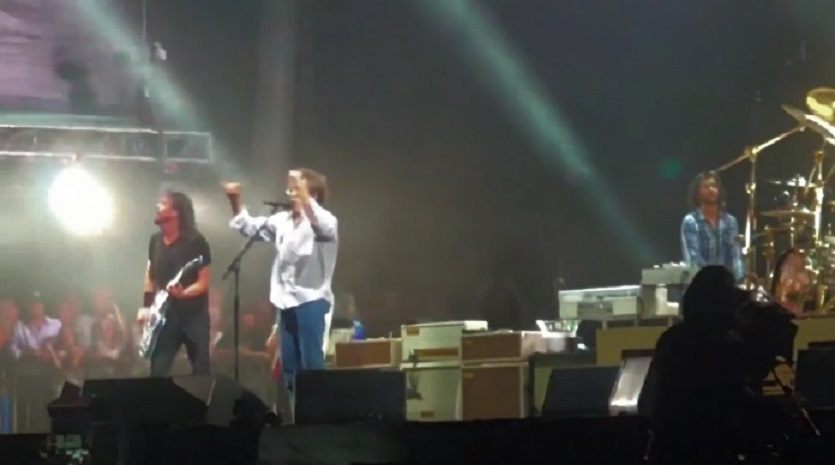 When Dave Grohl broke his leg in Europe and was forced to cancel a series of Foo Fighters gigs, he returned to the United States where he underwent surgery.

Dr. Lew C. Schon of Baltimore, who has his family attached to music, followed the procedure, and especially his post-op.

Some time ago Foo Fighters was in Boston, the doctor went there to see if everything was alright and ended up receiving an invitation to take the stage, which resulted in a cover of “The White Stripes” Seven Nation Army.

Now the band returned to Boston, more specifically to play at the legendary Fenway Park stadium, and Dr. Lew Schon appeared again, this time to lend their vocals to the Ramones’ classic Blitzkrieg Bop.