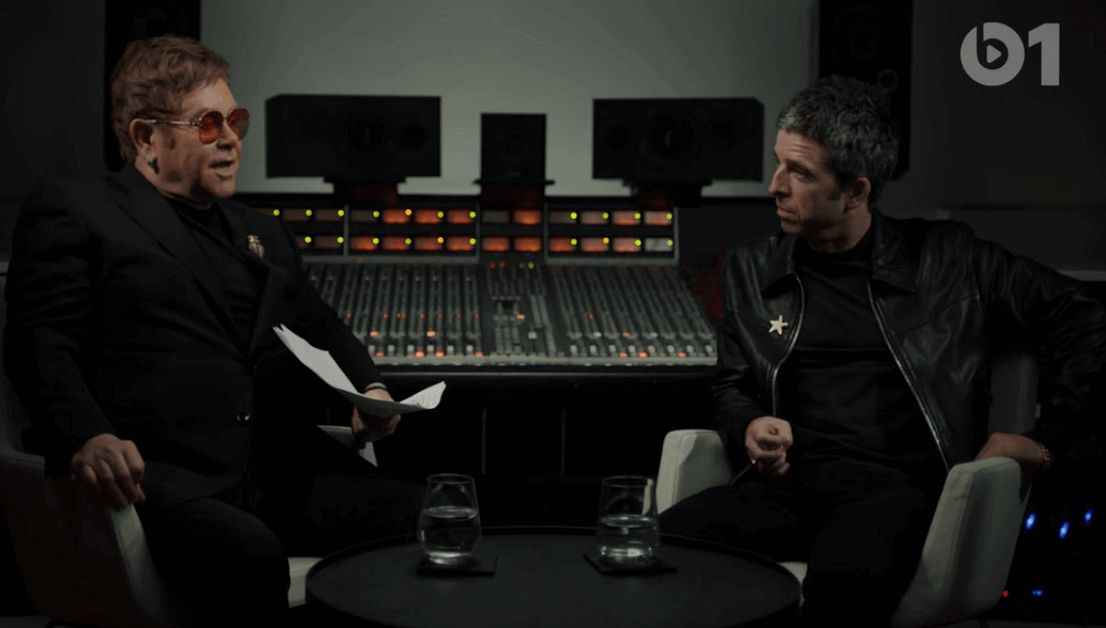 Elton John interviewed Ex-Oasis Noel Gallagher on Beats Radio and they talked about his new album “Who Built The Moon?” and about Manchester City season.