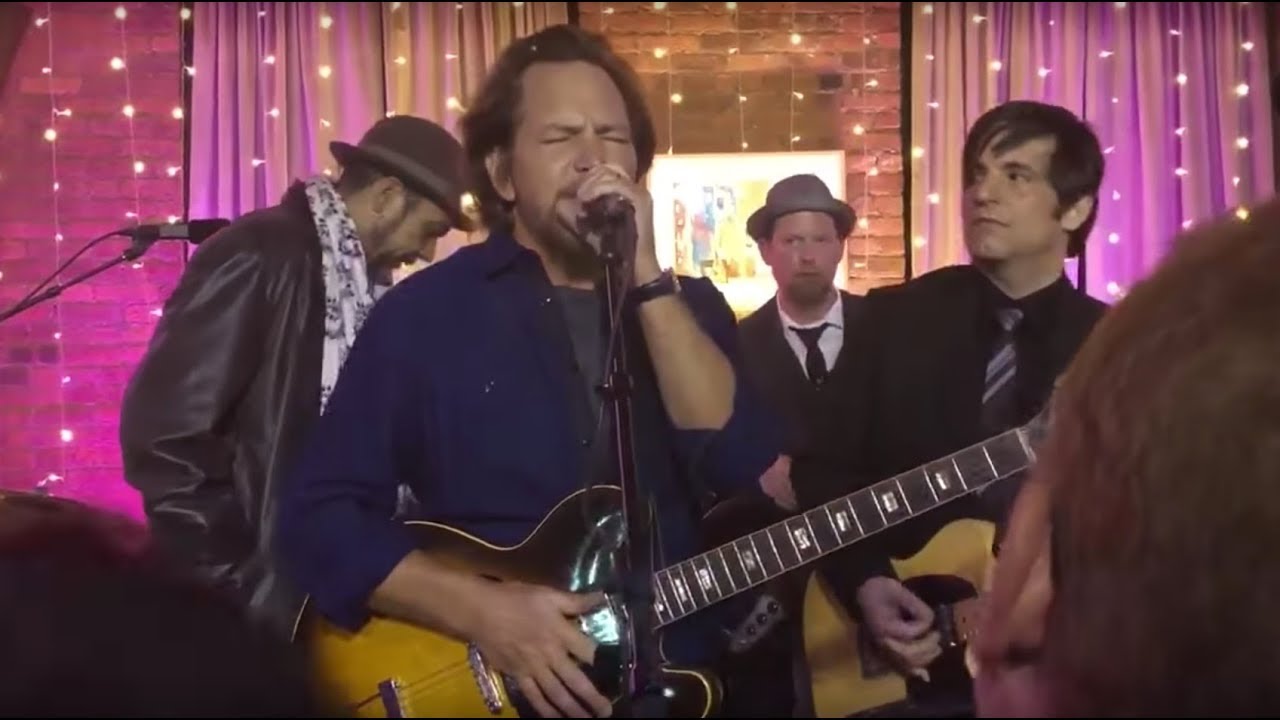 The Tangiers Blues Band is the band of Pearl Jam photographer and videomaker Danny Clinch. The band also has on guitar Chris Scianni, who plays in Echobrain.

The song was written and recorded by Bob Dylan. The song initially appeared on his 1967 album John Wesley Harding, and it has been included on most of Dylan’s subsequent greatest hits compilations. Since the late 1970s, he has performed it in concert more than any of his other songs. Different versions appear on four of Dylan’s live albums.

Covered by numerous artists in various genres, “All Along the Watchtower” is strongly identified with the interpretation Jimi Hendrix recorded for Electric Ladyland with the Jimi Hendrix Experience. The Hendrix version, released six months after Dylan’s original recording, became a Top 20 single in 1968 and was ranked 47th in Rolling Stone magazine’s 500 Greatest Songs of All Time.