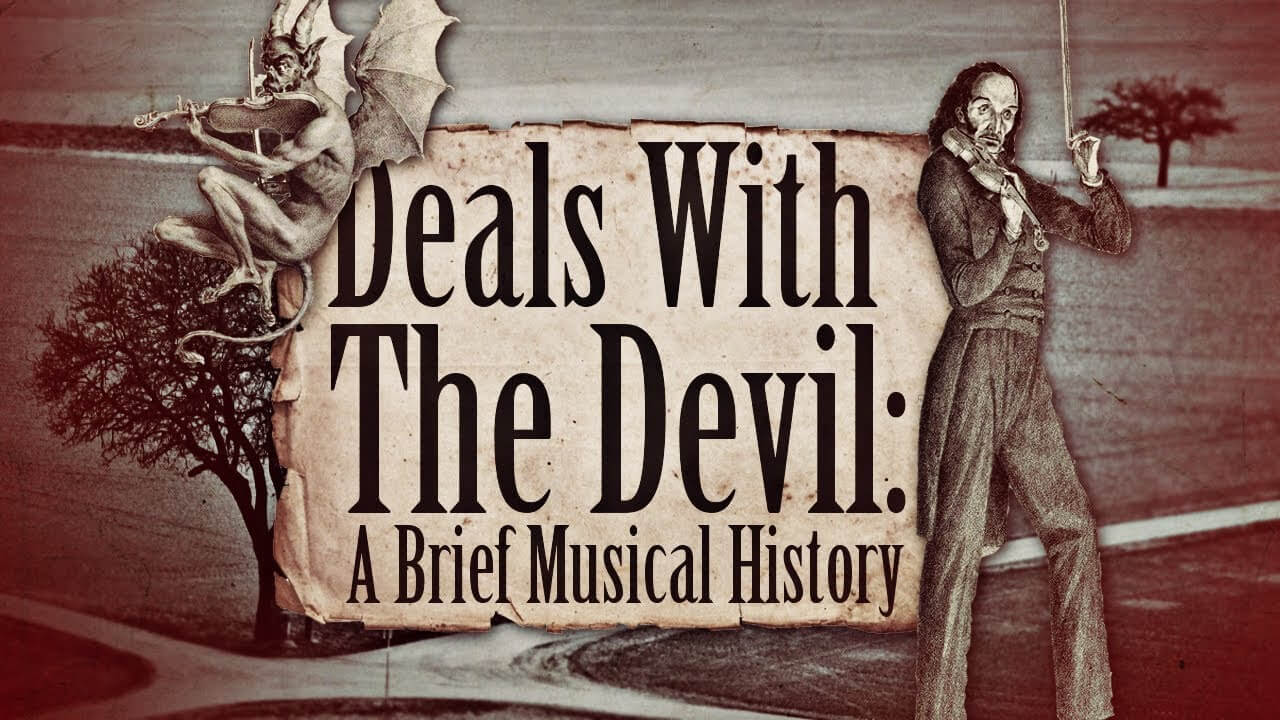 The deals with the devil appear in the mythology of human history for hundreds of years. And in music he has been a constant figure in many genres, from classical music to heavy metal.

The video below shows more about the most famous “deals” with the devil in the musical history.

Robert Johnson – One of the most famous tales

According to legend, as a young man living on a plantation in rural Mississippi, Johnson had a tremendous desire to become a great blues musician. He was instructed to take his guitar to a crossroad near Dockery Plantation at midnight.

There he was met by a large black man (the devil) who took the guitar and tuned it. The devil played a few songs and then returned the guitar to Johnson, giving him mastery of the instrument. This was a deal with the devil mirroring the legend of Faust. In exchange for his soul, Johnson was able to create the blues for which he became famous.

This legend was developed over time and has been chronicled by Gayle Dean Wardlow, Edward Komara and Elijah Wald, who sees the legend as largely dating from Johnson’s rediscovery by white fans more than two decades after his death.

Son House once told the story to Pete Welding as an explanation of Johnson’s astonishingly rapid mastery of the guitar. Welding reported it as a serious belief in a widely read article in Down Beat in 1966. Other interviewers failed to elicit any confirmation from House and there were fully two years between House’s observation of Johnson as first a novice and then a master.

Great Unknown Songs #20 – Alcatrazz “Island In The Sun”
Back in Time: Hear Roger Waters talk about the importance of The Beatles
Advertisement
To Top