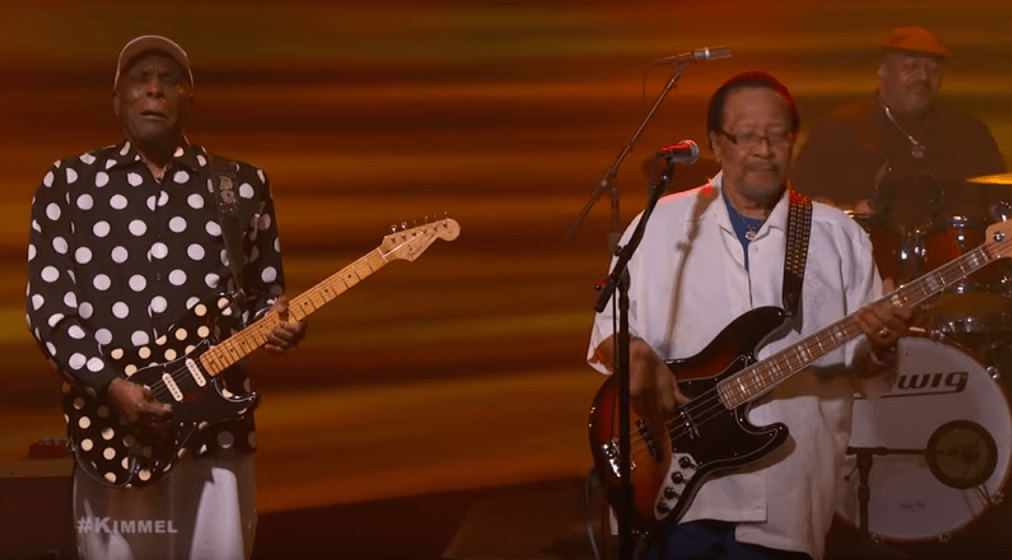 At age 81, Buddy Guy is already enshrined in the history of music as one of the greatest guitarists ever to exist.

Now, the musician has decided to look back and honor one of his “pupils,” Hendrix, playing a cover of “Red House” alongside Billy Cox and the Experience Hendrix Band during show host Jimmy Kimmel.

The song was originally released on Are You Experienced?, debut album by the guitarist. In addition to the cover, the musicians even paid tribute to the guitarist with a rendition of “The Sky Is Crying,” a 1959 Elmore James song.

The presentation was made to promote Both Sides of the Sky, a new posthumous collection of Hendrix which features nine previously unreleased songs and covers by Muddy Waters, Joni Mitchell and more. Cox participated in the recording of the work.