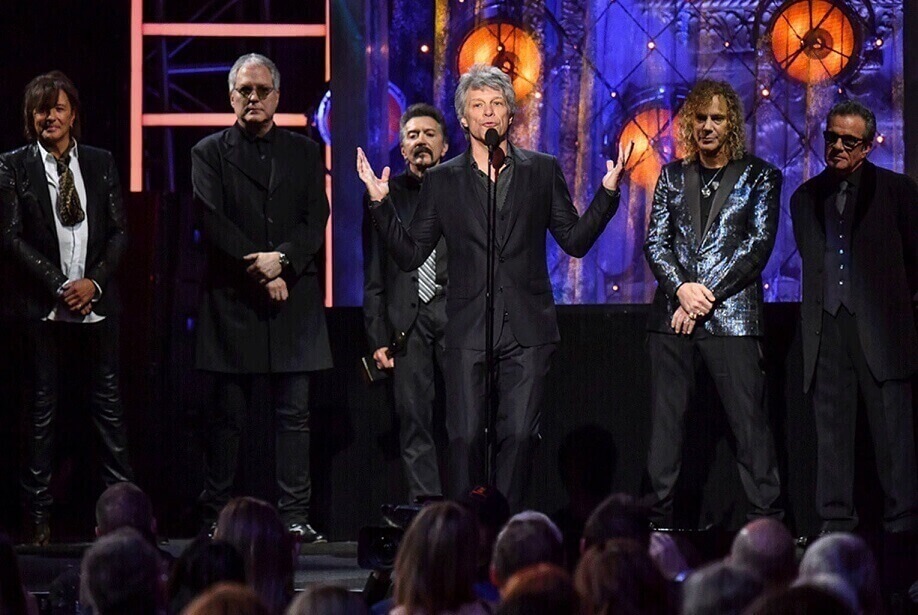 Bon Jovi joined the Rock N ‘Roll Hall Of Fame on his 33rd. edition that happened last night in Cleveland.

“I’ve been writing this speech since the first time I picked up a toothbrush pretending it was a microphone and sang at the top of the stairs where I used to live when I was a kid.”

“I’ve written this speech so many times and in so many ways. Sometimes I wrote the Thanks type speech. Other times, I wrote the fucking speech. Writing was therapeutic in many ways. Tonight I certainly see things differently from what I saw 10, 20, 30 years ago. In the end, time commands everything. ”

Former guitarist and founder of the band Richie Sambora said about belonging to Bon Jovi:

“If I had to write a book, it would be called The Best Times in My Life.”

Check out 3 of these songs and the speech by the host Howard Stern:

The Cars, Dire Straits, The Moody Blues and Nina Simone were also inducted.

Judas Priest, who was a candidate to enter this year’s edition, is still outside the Hall Of Fame.