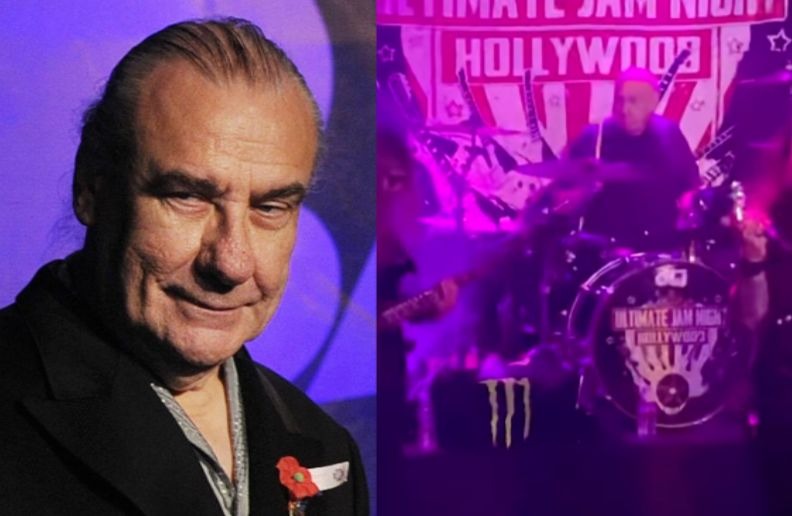 The legendary Black Sabbath guitarist Bill Ward played the classic “Children of the Grave” live after thirteen years during the March 19 Randy Rhoads tribute at the Whisky A Go Go in West Hollywood, CA.

Check out a video of the performance below:

William Thomas Ward (born 5 May 1948) is an English musician and visual artist, best known as the original drummer of the British heavy metal band Black Sabbath. He also performed lead vocals on two Black Sabbath songs: “It’s Alright” from the album Technical Ecstasy and “Swinging the Chain” from the album Never Say Die!. Ward is known for his very unorthodox style of playing the drums, often using snare-drills and tempo-drop to match both vocals and riff.

Bill Ward started to play drums as a child, listening to the big bands of the 1940s and his major influences were Gene Krupa, Buddy Rich and Louie Bellson. Later he was influenced by drummers such as Larrie Londin, Bernard Purdie, Joe Morello, Keef Hartley, Hughie Flint, John Bonham, Ringo Starr, Jim Capaldi and Clive Bunker.