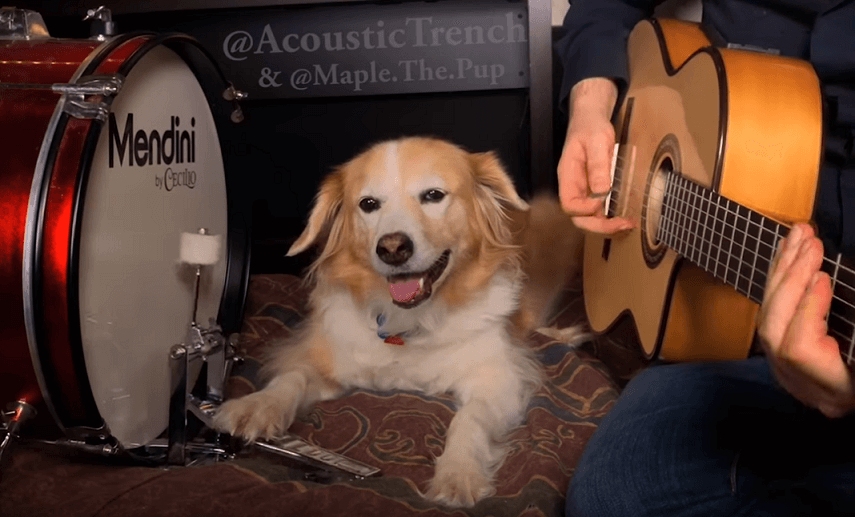 This beautiful dog called Maple is almost a musician. In his Youtube channel he plays  a lot of rock and roll classics with his dad. Watch below they performing AC/DC’s Back in Black!

Back in Black is the seventh studio album by Australian rock band AC/DC. Produced by Robert John “Mutt” Lange, the album was released on 25 July 1980 by Albert Productions and Atlantic Records. By the late 1970s, AC/DC began to achieve significant popularity outside their native Australia, with high-energy live performances and a string of successful albums.

In 1978, they paired with producer Lange and recorded their international breakthrough, Highway to Hell. Back in Black is the band’s first album with vocalist Brian Johnson, replacing Bon Scott, who had died in February of the same year, shortly before the band started recording the album. Instead of disbanding, the group decided to continue with Johnson.

Two years without the legendary Lemmy Kilmister
Jimmy Page opens up about the Occult, Satan and the Golden Dawn
Advertisement
To Top