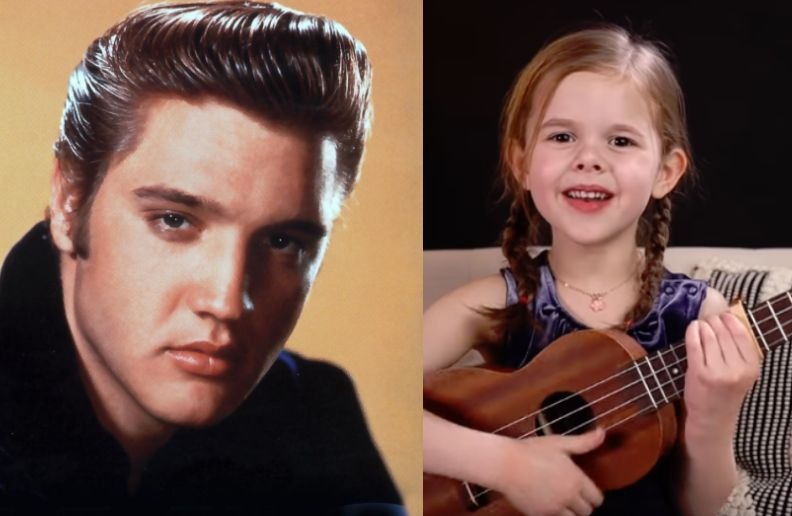 “Can’t Help Falling in Love” is a 1961 song recorded by American singer Elvis Presley for the album Blue Hawaii (1961). It was written by Hugo Peretti, Luigi Creatore, and George David Weiss and published by Gladys Music, Inc. (The melody is based on “Plaisir d’amour”, a popular French love song composed in 1784 by Jean-Paul-Égide Martini). The song was initially written for a woman as “Can’t Help Falling in Love with Him”, which explains the first and third line ending on “in” and “sin” rather than words rhyming with “you”.

“Can’t Help Falling in Love” was featured in Presley’s 1961 film Blue Hawaii. During the following four decades, it has been recorded by numerous other artists, including Bob Dylan on his 1973 album Dylan, Tom Smothers, Swedish pop group A-Teens, and the British reggae group UB40, whose 1993 version topped the U.S. and UK charts.

Elvis Presley’s version of the song topped the British charts in 1962, spending four weeks at no. 1. The single is certified Platinum by the RIAA, for US sales in excess of one million copies. In the United States, the song peaked at No. 2 on the US Billboard Hot 100 behind Joey Dee and the Starliters’ “Peppermint Twist” and went to No. 1 on the Adult Contemporary chart for six weeks.