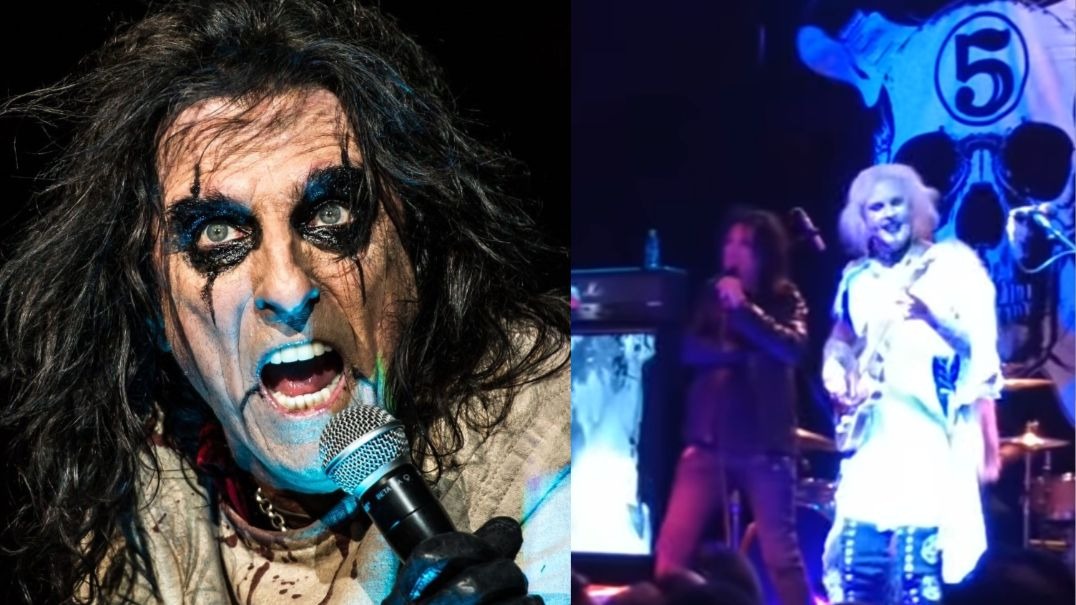 “If it was not for this man, there would not be Kiss,” John 5 said when introducing Cooper. “There would not be Marilyn Manson, Rob Zombie, nothing! This man is a master! “And soon the singer appeared. Wearing a leather jacket and sunglasses, he joined the guitarist and began to sing “Foxy Lady” by Jimi Hendrix.

The track is a frequent cover on Cooper’s setlists, but the John 5 version is worth watching.

While Alice Cooper is on tour promoting Paranormal (2017), John 5 is preparing the release the album Invasion, which is scheduled for this year.

“Foxy Lady” (or alternatively “Foxey Lady”) is a song by English-American rock band the Jimi Hendrix Experience. It first appeared on their 1967 debut album Are You Experienced and was later issued as their third single in the U.S. with the alternate spelling. It is one of Hendrix’s best-known songs and was frequently performed in concerts throughout his career. Rolling Stone magazine placed the song at number 153 on its list of the “500 Greatest Songs of All Time”.