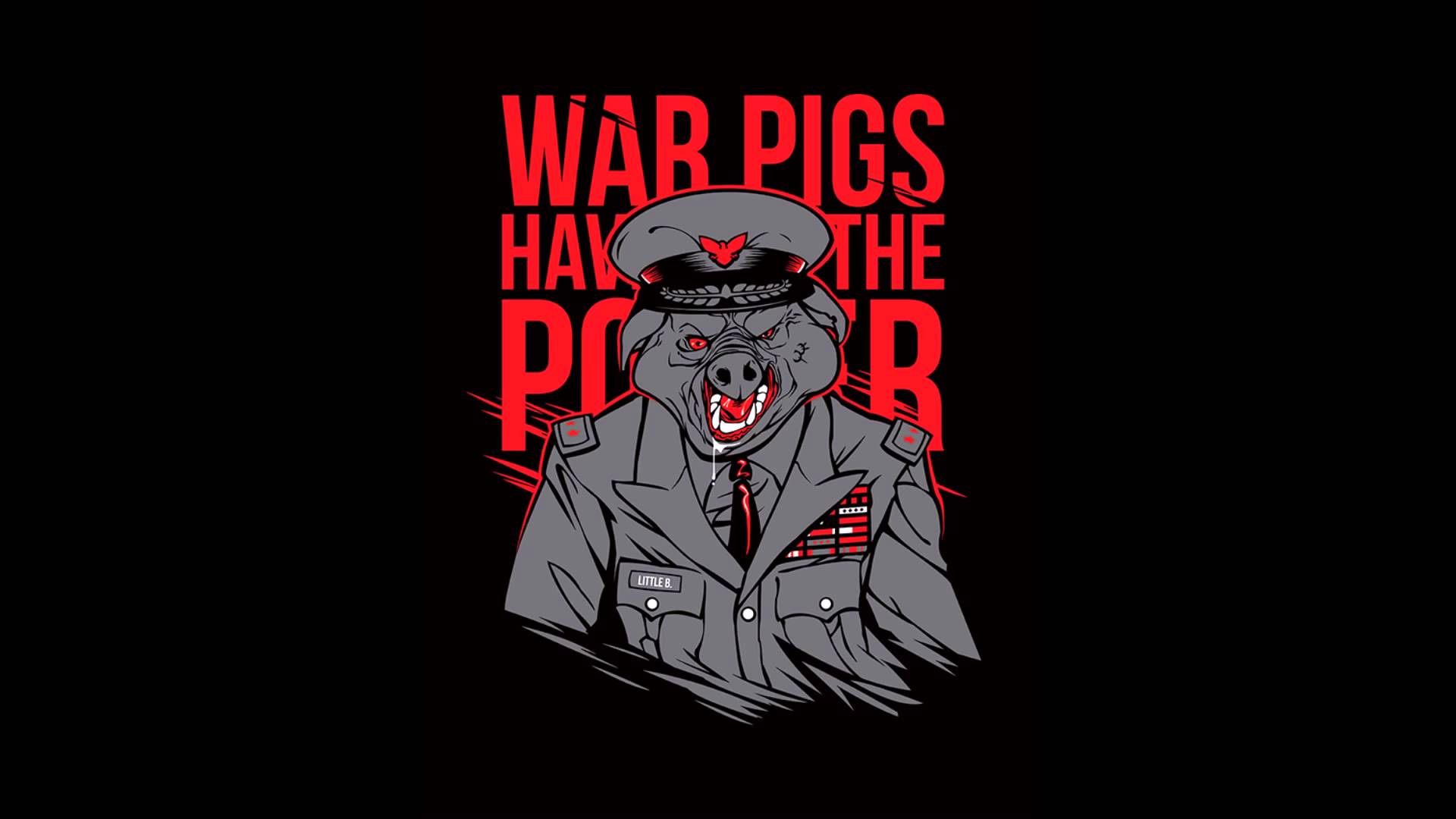 The creation of this unusual version was made by Andy Rehfeldt, who took care of bass, guitar and drums, basically taking advantage of Ozzy Osbourne’s vocals. And the footage is synchronized with Black Sabbath playing live on California Jam in 1974.

“War Pigs” is the opening track from their 1970 album Paranoid.

The original title of “War Pigs” was “Walpurgis”, dealing with the witches’ sabbath. “Walpurgis is sort of like Christmas for Satanists. And to me, war was the big Satan”, said bassist and lyricist Geezer Butler. “It wasn’t about politics or government or anything. It was Evil itself. So I was saying ‘generals gathered in the masses / just like witches at black masses’ to make an analogy.

But when we brought it to the record company, they thought ‘Walpurgis’ sounded too Satanic. And that’s when we turned it into ‘War Pigs’. But we didn’t change the lyrics, because they were already finished.” Prior to its official release, the band often altered the lyrics significantly when performing it live.

An example of this can be found on Ozzy Osbourne’s compilation The Ozzman Cometh, which features an early version recorded by Black Sabbath for BBC Radio 1 on 26 April 1970.While Butler has said that “War Pigs” is “totally against the Vietnam War, about how these rich politicians and rich people start all the wars for their benefit and get all the poor people to die for them”, vocalist Osbourne has stated that the group “knew nothing about Vietnam. It’s just an anti-war song.” The song’s instrumental outro is entitled “Luke’s Wall”.