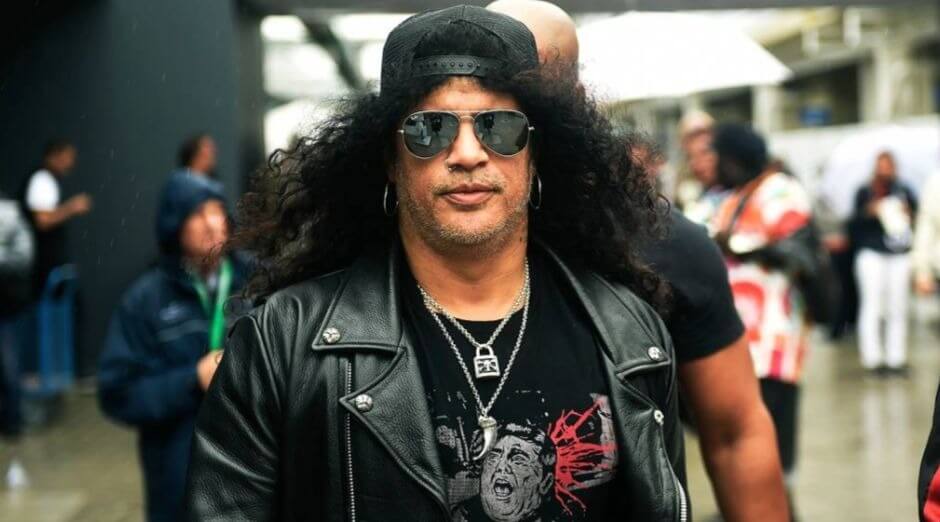 The famous fashion magazine Vogue elected Guns N’ Roses‘ Slash as rock and roll’s best-dressed guitarist. The publication talked about the musician’s look in order to celebrate his 55th birthday and selected some photos of the best clothes he wore.

“The British-American guitarist — whose real name is Saul Hudson — has become a Rock & Roll Hall of Fame inductee (in 2012) who is instantly recognizable thanks to his signature top hats and flowing curly mane. His wardrobe staples of leather, leather, and more leather have been just as captivating as his stage presence. With masterful skill and style, you simply can’t look away.”

“Most people know Slash from his Guns N’ Roses days, and his early days with the group are certainly where his flair for grungy gear developed. Snapshots from the late 1980s and early 1990s showcase what the classic Slash look has come to be: band tees, leather pants, moto jackets, and tons of jewelry finished with a top hat. Frontman Axl Rose may be a fashion icon in his own right thanks to his affinity for bandanas, but Slash is often the slept-on member, and one who gave the band its badass feel.”

“The biggest through-line in his style is his relentless love of dramatic hats: the guitarist rarely performs without one. Even as Slash played around with different sounds, his fashion tastes have remained consistent.”

Selection made by Vogue of some Slash’s best looks: 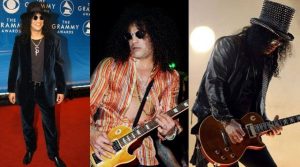