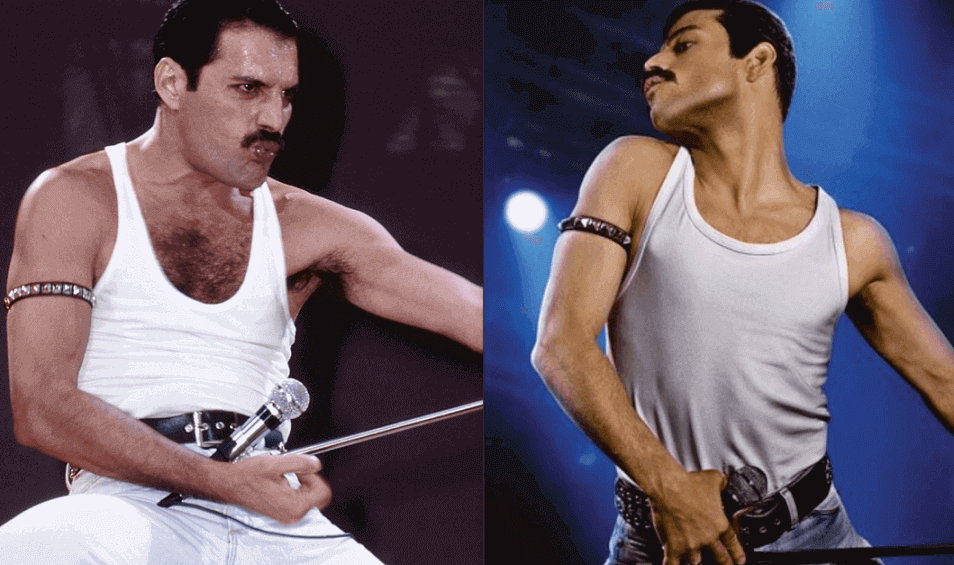 A video posted on social networks shows the precision of actor Rami Malek’s moves by performing Queen’s lead singer Freddie Mercury in the band’s biopic “Bohemian Rhapsody.” The publication was posted in Twitter, with more than 8 million views since its posting.

The set-up puts Queen’s show at Live Aid in 1985, and the performance from the moment in the film. It is easy to notice that the actors, especially Rami Malek, dedicated themselves to memorize every movement of the iconic presentation.

While it is surprising to be faithful to the movements, Rami Malek had already advanced in interviews that he memorized every single movement of the show at Live Aid. The actor pointed out that even weeks after the recording he was still able to reproduce every moment of the performance.

I DIDNT REALIZE THEY DID IT THIS PRECISELY pic.twitter.com/05f6ZW1TMn

Live Aid was a dual-venue benefit concert held on Saturday 13 July 1985, and an ongoing music-based fundraising initiative. The original event was organised by Bob Geldof and Midge Ure to raise funds for relief of the ongoing Ethiopian famine.

Billed as the “global jukebox”, the event was held simultaneously at Wembley Stadium in London, England, United Kingdom (attended by 72,000 people) and John F. Kennedy Stadium in Philadelphia, Pennsylvania, United States (attended by about 100,000 people).

On the same day, concerts inspired by the initiative happened in other countries, such as the Soviet Union, Canada, Japan, Yugoslavia, Austria, Australia and West Germany. It was one of the largest-scale satellite link-ups and television broadcasts of all time; an estimated audience of 1.9 billion, across 150 nations, watched the live broadcast, nearly 40% of the world population.

Ace Frehley says he doesn’t need to practice to play live anymore
Bruce Dickinson says if one day he is nominated for Hall of Fame, he will refuse
Advertisement
To Top