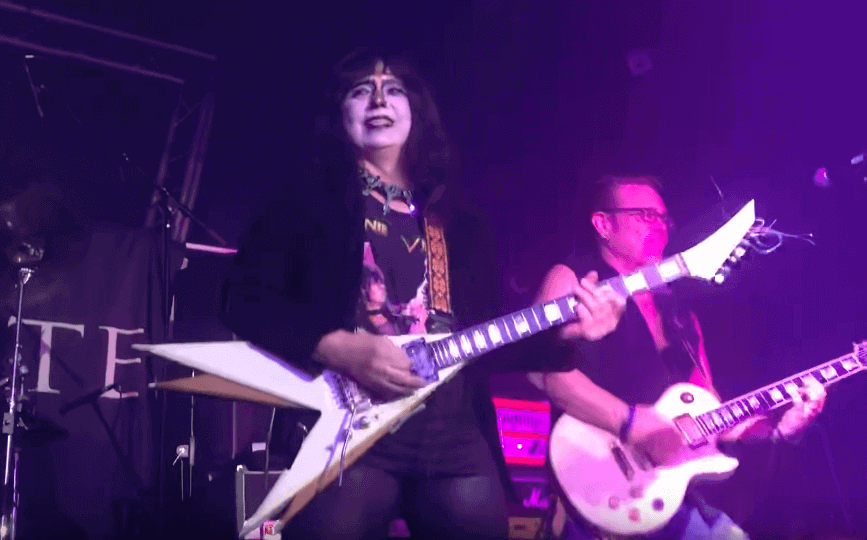 Former Kiss guitarist Vinnie Vincent played guitar in public for the first time since the late 1990s. The musician made a small performance last Tuesday (30) at a pre-Kiss Kruise party in Miami, in the United States, alongside the band Four By Fate – which includes vocalist Tod Howarth and bassist John Regan, who played with Ace Frehley in the Frehley’s Comet group in the 1980s.

Vinnie Vincent took the stage with a makeup that adapts his character “Ankh Warrior”. The look was slightly altered to avoid any kind of lawsuit against the musician – the art was created by Kiss’s singer and guitarist Paul Stanley, and is recorded on behalf of the band.

During their brief presentation, Vinnie Vincent and Four By Fate played the songs “Lick It Up”, “I Love It Loud” and “Cold Gin”.

After nearly two decades out of the spotlight, Vinnie Vincent made public appearances earlier this year. He has participated in Kiss-related events and will make his first full shows in almost 30 years on December 7 and 8 at the Graceland Theater in Memphis, United States.

Vincent John Cusano (born August 6, 1952), better known by his stage name Vinnie Vincent, is an American guitarist and songwriter. He is a former member of the rock band Kiss from 1982 until mid-1984 during the band’s transition out of their 1973–1983 makeup period. Vincent was the last member to wear a unique makeup/costume configuration, as the character of “Ankh Warrior” (a design created by Paul Stanley), until he and the band were first shown without the makeup during an interview on MTV in September 1983. He also was the leader of his own band, Vinnie Vincent Invasion.