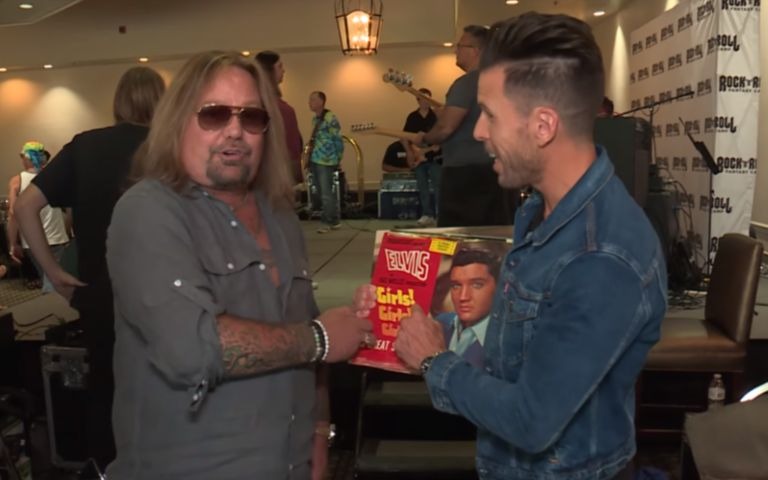 Mötley Crüe’s legendary singer Vince Neil was at Rock ‘N’ Roll Fantasy Camp in Las Vegas and in interview with JC Fernandez of Cool, he gave an advice for new musicians.

“It’s not really about being a rock star, but just a musician. If you’re in a band, and you really believe in it, don’t let anybody tell you otherwise.”

He said about the project:

“It’s really cool. They get these guys together, and some famous rock and rollers come and help ’em out, and then they learn a bunch of songs. And they do ’em together for the first time. It’s a neat concept.”

Attendees play, write and record music in professional rehearsal and recording studios alongside those from the music industry, culminating in an event where attendees perform live on stage at a well known venue.

Participants are formed into bands, each with its own rock star mentor. Over the course of the experience, campers learn band dynamics, song writing, receive instrument training, and hear from industry speakers and participate in Q&A sessions with well known musicians.