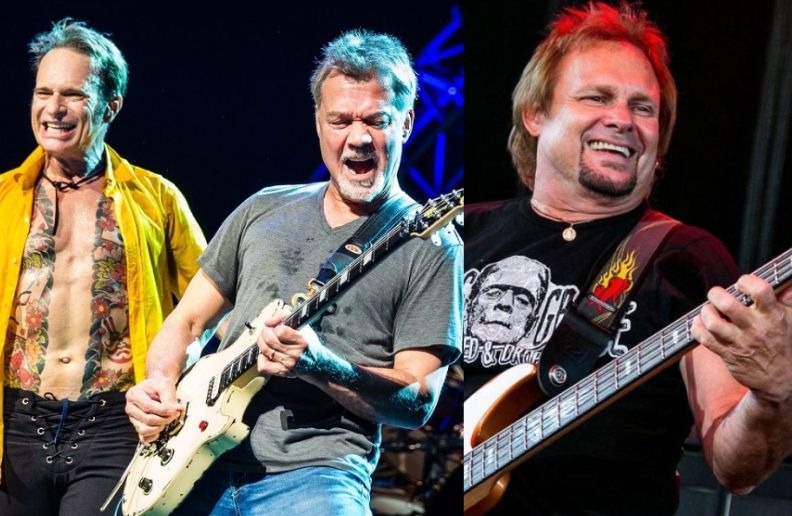 Journalist Eddie Trunk said on his radio show that Van Halen should be back on the road in 2019 with a tour on American stadiums. According to Trunk, the tour may mark the return of original bassist Michael Anthony, replaced in 2006 by the son of guitarist Eddie Van Halen, Wolfgang.

“I’ve been hesitant to talk about it because every year there’s a rumor that Van Halen is about to do or announce something, and lately, that does not happen, but I’m starting to hear some rumors. I can’t name the source, but one person in the music industry told me that he heard from some people that Van Halen will actually be active in 2019 in terms of shows,” Trunk initially said.

“The rumors are – and I emphasize that they are rumors – from reliable sources is that the band will tour in 2019 with their original lineup, which would mean the return of Michael Anthony, and that would be something meant for stadiums,” added the journalist.

Van Halen has been inactive for some time now. Since 2015, the band has not gone up on a stage – the year in question featured 41 shows across North America to promote the live album “Tokyo Dome Live in Concert”, recorded in Japan in 2013. The most recent studio album, “A Different Kind Of Truth”, is 2012.

In a recent interview with Vulture, vocalist David Lee Roth said that Van Halen will “play the same place the Yankees play”, in reference to Yankee Stadium. “If I say something in an interview, everyone will say, ‘Oh, it’s leaked.’ But the band will be … I can not say,” he added after being asked about it.

Still reluctant, Diamond Dave could not stand it and gave some information. “I don’t know how far the privacy goes, but the band is solvent. I can say that I got in touch with colleagues to be part of the show – Metallica, Guns N ‘Roses, Jason Aldean, Foo Fighters, Church and (Chris) Stapleton.”he said.

Hear Eddie Trunk talking about the reunion below: