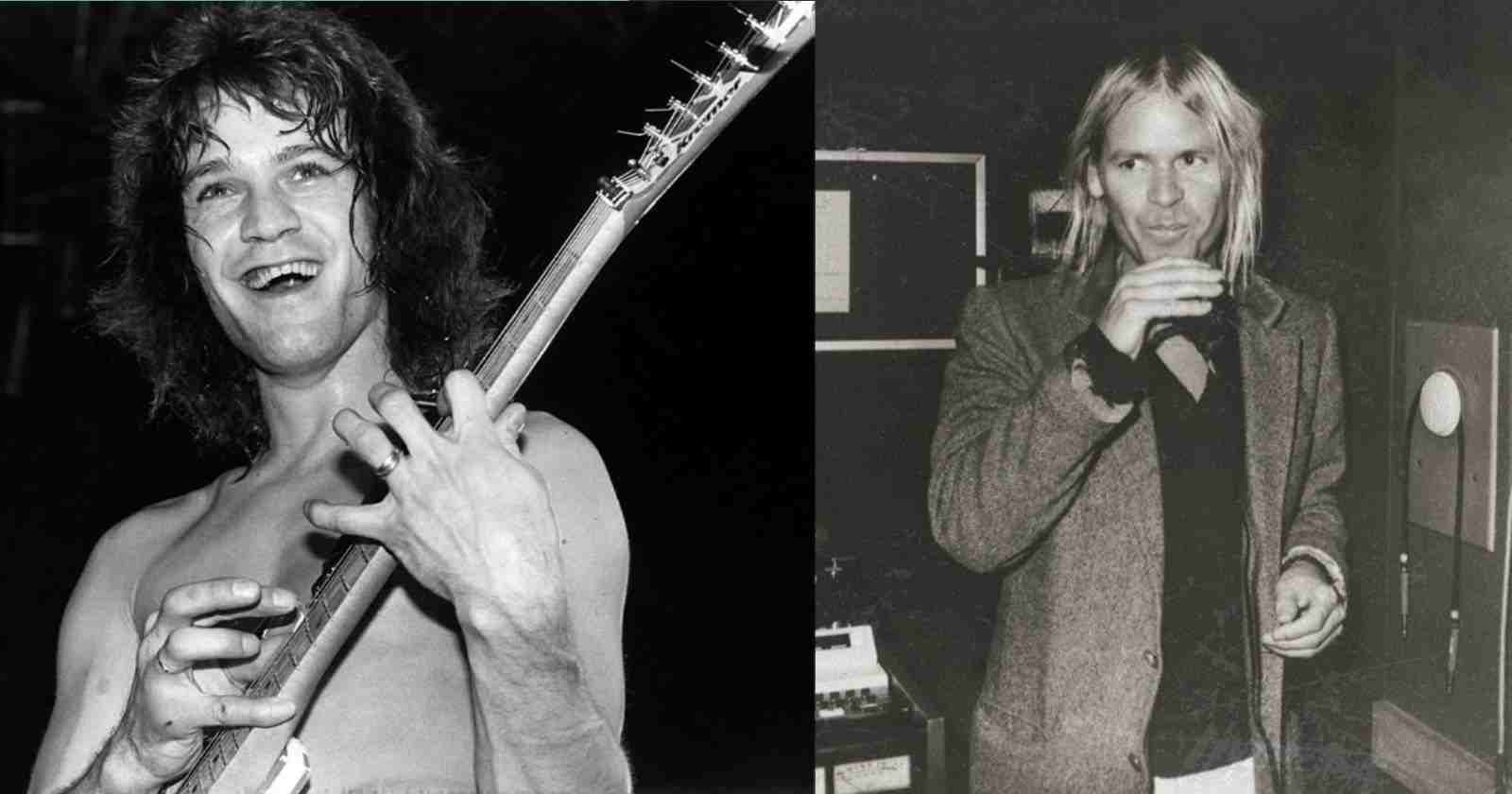 “I walked out to use the restroom or get a coffee on the outside of Sunset Sound, and I heard him playing. It sounded like something you could only play on an organ, like a Bach fugue. I couldn’t believe it was coming from a guitar. I was like, “What is that?” He was like, “Oh, it’s nothing. Just something I warm up with before a show.” I yelled at Donn, “Roll tape!” And he said [flatly], “I’m already rolling.” He heard me talking to Ed.”

“All of us had a really good working relationship for four or five albums straight, because we all knew what to do. Dave was super inventive. Those lyrics he came up with in the beginning were like nothing out there, and Ed would pick up on the lyric and go somewhere with it.”

“But basically there’d be no song if Ed hadn’t written the changes. It was a true songwriting team. You’ve got your Jagger and Richards or Rodgers and Hammerstein, whatever, but Ed would write the chords and Dave would write the lyrics. But the other thing would happen where Ed would bring the thing to life with his licks and his solos. He could rip your fucking head off with the solos.”

“One time, Dave said, “Why don’t we do this old Betty Everett song, ‘You’re No Good’?” I said, “Well, Linda [Ronstadt] cut that five years ago.” I thought about it all night and I told Ed and Dave, “You know that part, ‘I broke her heart gentle and true/I broke her heart over someone like you/I learned my lesson, you’re no good.’”

“This is nasty. Just make it like you want. Kill the fucker.” I said, “Make it, like, stabbing sounds and scream, Dave, like Psycho. Think Psycho.” And I swear, it came off that way. And Ed made that creepy little solo, like, with spiders in it. But my point is, he got it, bang, just like that. He didn’t miss a beat.”