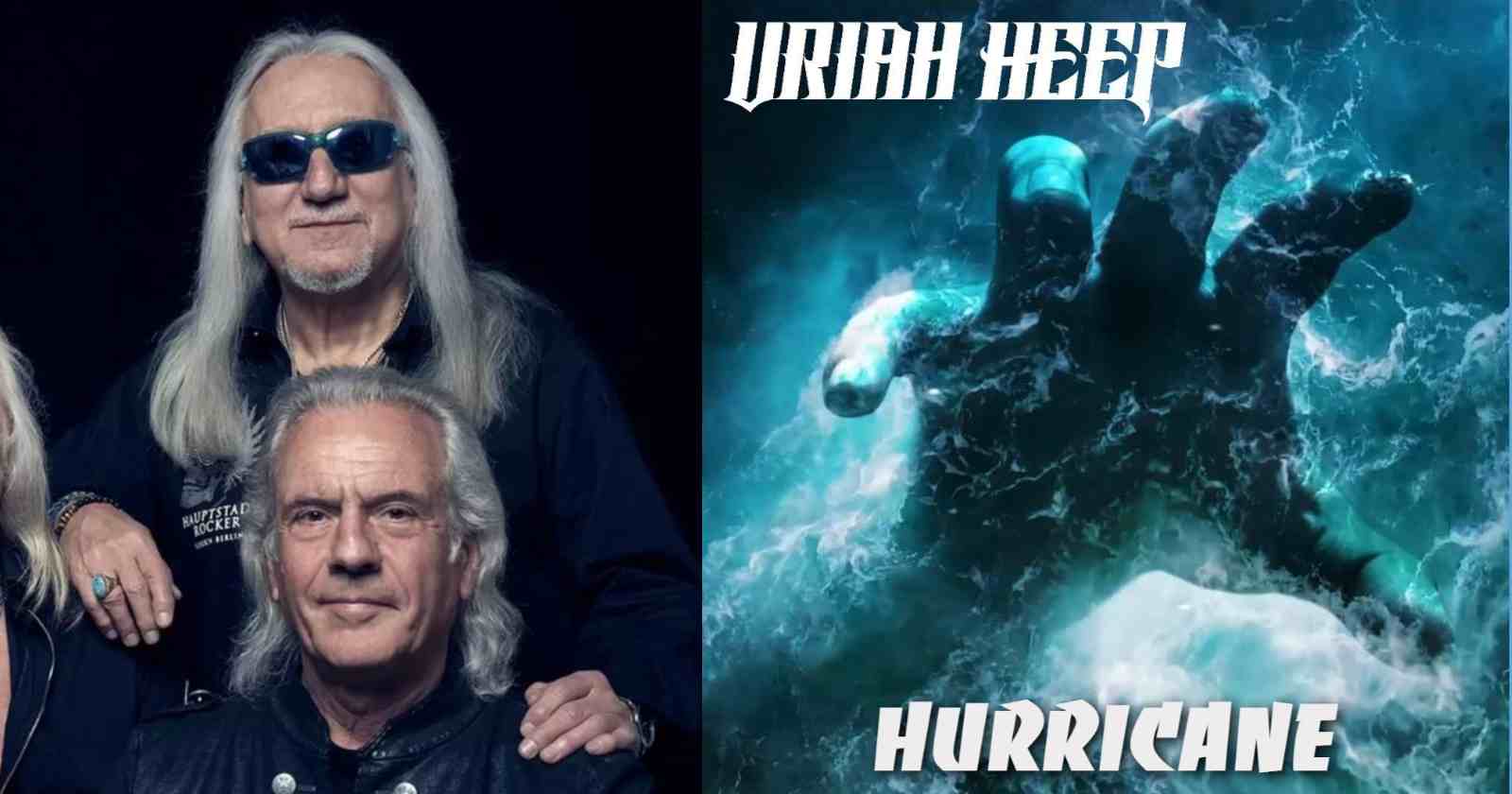 The legendary British band Uriah Heep released “Hurricane”, another single from their upcoming album “Chaos & Colour”. The complete album will be out next January 27. It will be the band’s 25th studio album.

The band’s drummer since 2007, Russell Gilbrook explained in an official statement his inspiration for the lyrics he co-wrote. “Simon (Pinto) and I wrote the song about how our ancestors looked at storms and how these can be interpreted as being messages from the Gods… Their power is awesome and a great inspiration for a rocking track!” Russell Gilbrook said.

Mick Box, the band’s founding guitarist and only original member from the current line-up also talked about the track. “Music and lyrics are of paramount importance to me. I used to hate those ’80s MTV million-dollar videos as they created such a visual image that all calls to imagination were lost because you didn’t have to think. I think the power of music and lyrics are that they do certain things to certain people,” Mick Box said.

Chaos & Colour is an album which bristles with explosive classic rock guitars, supreme harmonies, and Heep’s famously generous keyboard foundation. “One Nation, One Sun” is a journey of soaring balladic contemplation, “Fly Like An Eagle” takes the listener on a journey of meditation, whilst “Closer To Your Dreams” is a battle cry for all rockers to get out there and do it, with Shaw imploring that “So many have tried but slipped away/Now it’s time for you to have your say.” During the entire album, Bernie Shaw’s timeless vocals sit expertly beside the band’s phenomenal artistry (Mick Box – guitar, Phil Lanzon – keyboard, Russell Gilbrook – drums, Dave Rimmer – bass), rounding out exceptional performances throughout.

Produced by Jay Ruston, and engineered by Pieter Rietkerk, Chaos & Colour is a superb album of quality hard rock from the pioneers of the genre who continue to create top class material.

Old fans will be reinvigorated whilst new fans will surely find Chaos & Colour an exceptional discovery. In this, their 53rd pioneering year as a band, Chaos & Colour sees Uriah Heep throwing down more life, light and energy than peers 40 years their juniors.