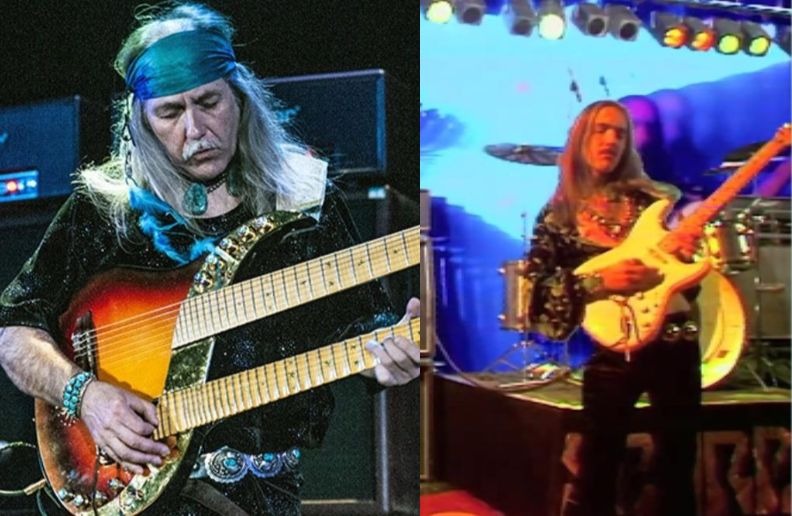 In an interview with Rock Music Star, the legendary guitarist Uli Jon Roth revealed why he left Scorpions in the 70s.

I want to discuss your time in the Scorpions. You recorded four amazing studio records and the legendary live record, ‘Tokyo Tapes.’ First of all, why didn’t the Scorpions ever tour America while you were in the band?

“It was a pretty simple reason, we were with a major international label, RCA Records, which doesn’t exist anymore. But back then, it was one of the leading record labels.

“We were already successful in Europe, but the American department of the label had a CEO who really wasn’t a fan of the Scorpions, he just couldn’t see it and didn’t get it.

“So, basically, they never supported us coming over and touring the states. Until our success became so obvious, we started having gold records in Japan, and then, finally, an offer for an American tour came.

“But, by that time, I had already said that I wanted to leave the band, so I declined the American tour. Which, with hindsight was maybe a mistake.

“I think that I should have been on the first American tour. I could have stayed a few more months longer, but then I didn’t.”

What led to your decision to leave the Scorpions?

“My time was up. I started to write music that I knew would not fit within the framework of the band. And, I wanted to do something else, really. I could have gone on with the Scorpions, but I would have been rather unhappy.

“Because, no matter how big your bank account is, if you are really not happy on stage anymore, or in the studios, it’s not good.

“I was happy in the Scorpions for many years, and everything was great, but towards the end, I really thought that had to move on, and that’s that.”

The live Scorpions record that you performed on, [1978’s] ‘Tokyo Tapes,’ is regarded by many critics and music fans as one of the best live records ever. Do feel that record is the highlight of your time in the Scorpions?

“Yeah, it definitely was. We were at the peak of our game at that time, at that moment, and that record shows that.

“When it came out, I wasn’t so happy with the sound of it, but I seemed to be the only one, nobody else had any problem with it, or complained.”