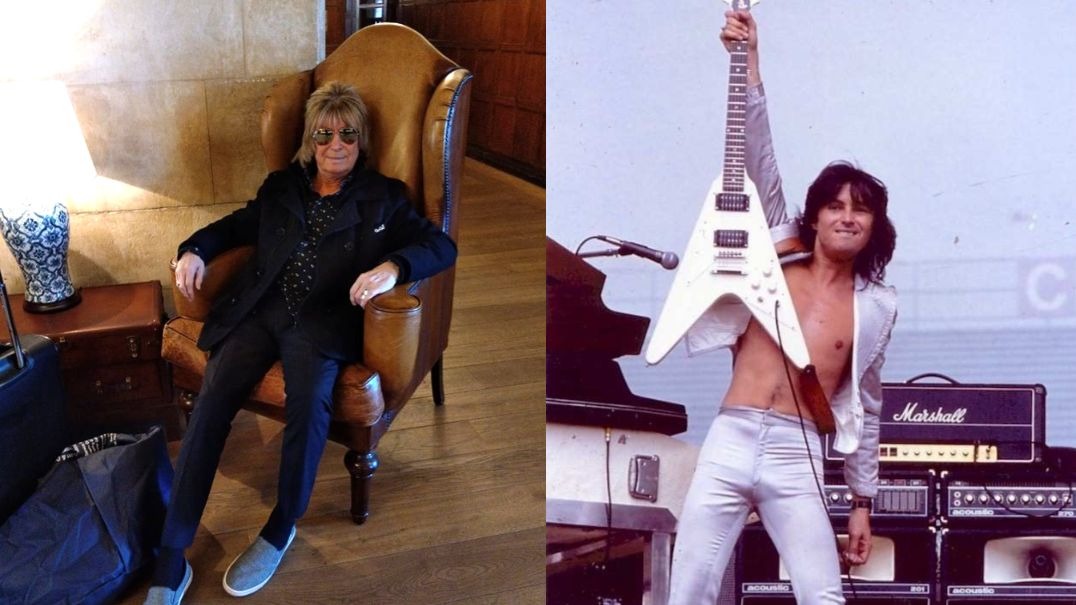 Paul Raymond, guitarist and keyboardist of the classic British band UFO, died on Saturday (April 13) of a heart attack at age 73. The information was given by his “life partner” Sandra on the official Facebook page of the musician.

“Hi to all the fans and people who knew Paul! This is Sandra, Paul’s life partner speaking: With a desperate and broken heart, fully in tears and pains that feel like they will kill me I have to tell you that my most beautiful and beloved darling Paul Raymond has passed away today. The doctors we’re trying to reanimate him and with success at first but then his system shot down again and there was nothing more they could do for him, he died of a heart attack.

He absolutely enjoyed the last couple of weeks touring with UFO in the UK & Ireland and he was looking forward to the rest of this year’s tour.

This photo was taken last Wednesday when we checked out of our last hotel before coming back to Germany!

I will always love him and I hope he will rest in piece until I’ll see him again on the other side!!!

I love you so much Paul 💔😪 Sandra”

Paul began his career in January 1964 as a jazz musician, but took off after joining UFO in 1976 as part of the classic line-up with Phil Mogg, Michael Schenker, Andy Parker and Peter Way. Raymond was also part of the groups Chicken Shack and Savoy Brown, in addition to his solo project Paul Raymond Project.

Raymond was left handed and played guitar with the strings inverted.

Hear UFO’s classic “Only You Can Rock Me”: