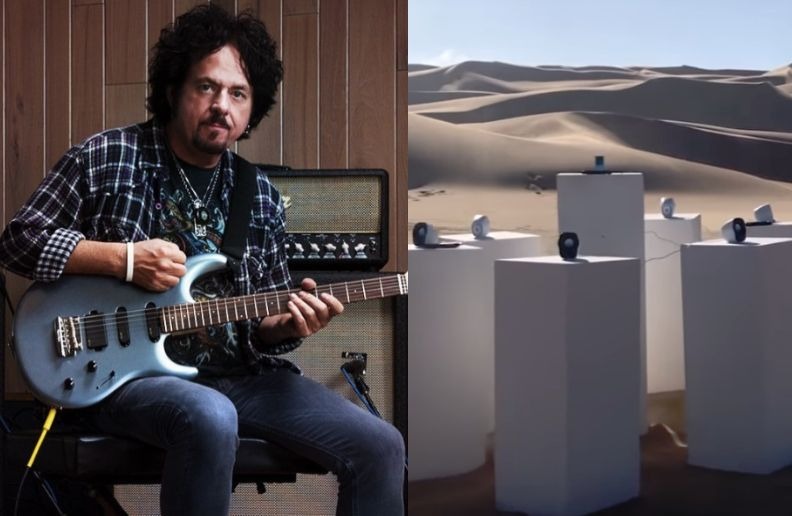 NPR reported that Max Siedentopf, an Namibian-German artist who loves Toto and their most famous song “Africa”, decided to make the song be played forever in Africa, as long as the equipment and the environment allows.

The artist set up a solar-powered sound installation in an undisclosed location in the Namib desert and connect it to an mp3 player with only Toto’s “Africa” uploaded onto it which will play the song on a loop.

About the project he said:

“I was very intrigued by this and wanted to pay the song the ultimate homage and physically exhibit ‘Africa’ in Africa. The Namibian desert — which is, with 55 million years, the oldest desert in the world — seemed to be the perfect spot for this.”

It will not be easy to find out the location of the project, since the desert has an area of about 31,000 square miles.

See the project in the player below:

“Africa” is a song recorded by Toto in 1981, for their fourth studio album Toto IV, and released as the album’s third single on September 30, 1982, through Columbia Records. The song was written by band members David Paich and Jeff Porcaro, and composed by Toto. The soft rock and jazz fusion song lyrically incorporates themes of love and location, but is described by Porcaro as being about “a white boy [writing about] Africa, but since he’s never been there, he can only tell what he’s seen on TV or remembers in the past.”

Critics praised its composition and Toto’s performance’s. The song reached number one on the United States’ Billboard Hot 100 chart, and is the band’s only Billboard number one. The song remained at the top for five weeks. “Africa” also peaked in the top ten in the United Kingdom, Canada, Ireland, Netherlands, New Zealand and Switzerland.