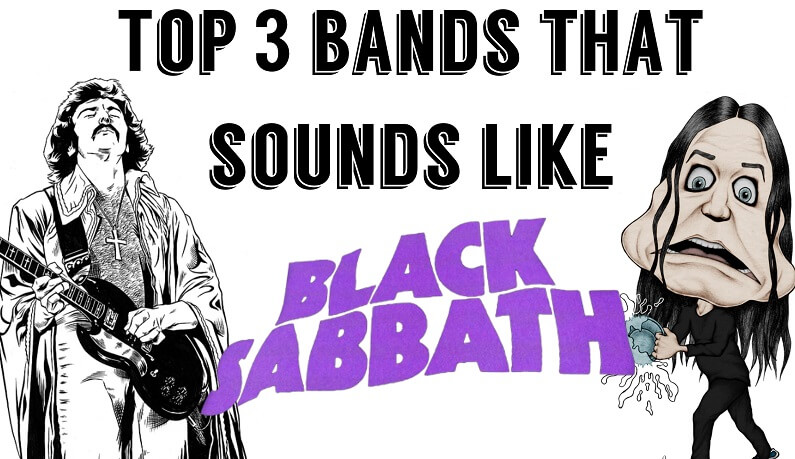 Black Sabbath is consider by many, the first heavy metal band ever. They created a unique sound, driven by the horror theme in the lyrics, distorted sound with heavy riffs and Ozzy’s strange voice. They changed the rock and roll future with the first chords from they debut song also called “Black Sabbath” and then it was the birth of Heavy Metal!

Well, since we all love Sabbath and his extensive career, we want to present you bands to listen if love Black Sabbath.

The American band Pentagram was born on Alexandria, Virginia, most famous as one of the pioneers of heavy metal, and the subgenre of doom metal in particular. The band was prolific in the underground scene of the 1970s, producing many demos and rehearsal tapes, but did not release a full-length album until reforming in the early 1980s with an almost completely new lineup.

Throughout the band’s history the only constant member has been vocalist Bobby Liebling. The revolving lineup of Pentagram has featured many well respected musicians in the local doom metal scene, with members spending time in other acts such as Raven, the Obsessed, Place of Skulls, Internal Void, Spirit Caravan, among many others.

Saint Vitus is an American heavy metal band formed in Los Angeles in 1979. They are one of the first doom metal bands, alongside Pentagram, Witchfinder General, Trouble and Pagan Altar. Having released eight studio albums to date, Saint Vitus never achieved a popular breakthrough, but have exerted great influence on the development of doom metal, sludge metal, and stoner rock.

The original line-up consisted of Dave Chandler (guitar), Mark Adams (bass), Armando Acosta (drums) and Scott Reagers (vocals). They recorded their first two albums before Scott Weinrich replaced Reagers in 1986. The line-up of Chandler, Adams, Acosta and Weinrich is the longest-lasting. The third album Born Too Late (1986) is generally acknowledged as their best release.

Electric Wizard are an English doom metal band from Dorset. The band formed in 1993 and have recorded nine studio albums, two of which are now considered genre landmarks: Come My Fanatics… (1997) and Dopethrone (2000). Electric Wizard’s brand of doom metal incorporates stoner and sludge traits, with lyrics focusing on the occult, witchcraft, H.P. Lovecraft, horror films and cannabis. In 2014 they formed Witchfinder Records, an imprint of Spinefarm Records, on which they plan to release all future albums.

The origins of Electric Wizard go back to 1988 when Jus Oborn formed the band Lord of Putrefaction. They put out three demo tapes from 1989–1991 and also did one split with Mortal Remains. In 1992, the name was changed to Thy Grief Eternal after Adam Richardson left the band.

They put out one demo under this name titled On Blackened Wings. In 1993, James Evans left the band and they once again changed their name, shortening it to Eternal. The band released two demos under this name. After Gavin Gillingham left the band, Oborn started Electric Wizard.